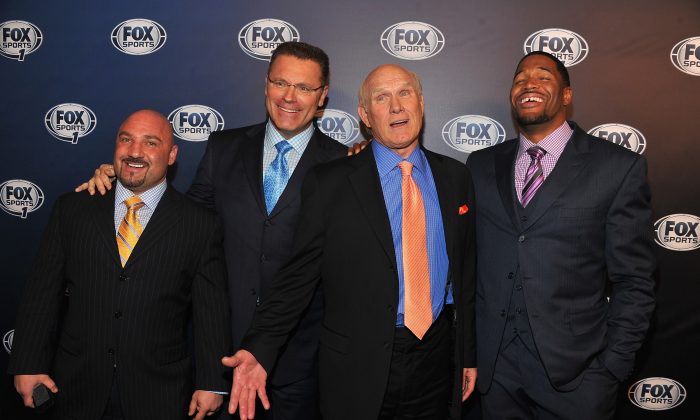 Bradshaw Vegas show: A show starring Terry Bradshaw in the Mirage in Las Vegas will combine storytelling, comedy, and singing.

The show, “A Life in Four Quarters,” is billed as Bradshaw sharing stories about growing up in Louisiana, as well as his four Super Bowl rings and three marriages.

Other subjects include: “his toupee model days, his cattle ranch fiasco, and his broadcasting and acting careers.”

“Sprinkled throughout the show are short video clips of the funniest moments of his life, plus a few surprise guests,” according to the Mirage. “To sum it up, Terry Bradshaw: America’s Favorite Dumb Blonde….A Life in Four Quarters is a memorable night filled with fun and entertainment for all!”