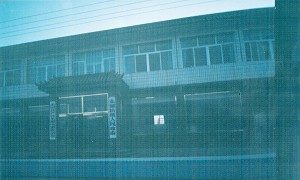 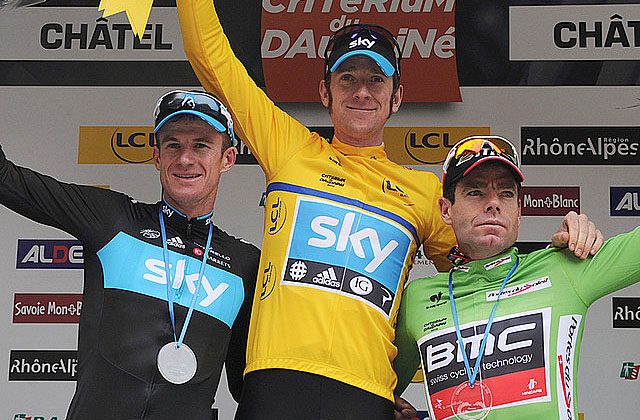 Sky’s Bradley Wiggins defended his Critérium du Dauphiné title and showed himself to be the odds-on favorite to win the 2012 Tour de France. Wiggins never faltered throughout the eight-stage race, letting his powerful Sky teammates control the race and covering attacks himself on the one occasion his team got caught out in Stage Five.

With this win Wiggins becomes the only rider in history two win Paris-Nice, the Tour of Romandie, and the Critérium du Dauphiné, the three biggest pre-Tour short stage races, in a single season.

Wiggins wasn’t yet thinking ahead to the world’s most important cycling race. “All the talk is of the Tour at the moment, but that’s aside to win Paris-Nice and Dauphiné in the same year is its huge so regardless what I do in the Tour now I’m delighted,” he told Eurosport.com.

“It’s easy when you have a team as strong as I have,” he continued. “They took the strain on most days; I can’t thank them enough. They made my job so much easier, that’s for sure.”

When asked what his plans were in the two weeks until the Tour, Wiggins replied, “Trying to avoid as many people as possible and spend as much time with my wife and kids.

“Training is our daily bread and butter, it’s what we do, but in terms of the hard work that’s pretty much done; there’s not much more to be done.”

Wiggins, and perhaps more important Team Sky, were the best on the course on the days when it mattered. Wiggins earned his winning margin with an amazing performance in the Stage Four time trial, when he beat World Time Trial Champions Tony Martin by more than half-a-minute. His team then protected him through the next three mountain stages, showing strength and teamwork that no other team could match.

Tour de France defending champion Cadel Evans rode an excellent Dauphiné, attacking repeatedly in an effort to take the win, or at least a stage win, but he didn’t have the support Wiggins had. Evans had to be satisfied with third, behind another Sky rider, Michael Rogers.

Sky got four riders into the top ten; Chris Froome and Ritchie Porte, who pulled like trains up most of the mountain stages including the final stage, finished fourth ninth in the General Classification. Sky easily won the team classification, beating BMC by more than 13 minutes.

Evans did win the points classification, beating Katusha’s Daniel Moreno who won two stages, and BMC’s Tejay Van Garderen finished second in the Best Young Rider competition. All of those are consolation prizes. What both these teams are focused on is the Tour, and winning there makes up for whatever happens through the rest of the season.

Failing to win there is equally as important, and BMC will need to work extremely hard for the next two weeks to figure out a strategy which will bring Evans back to the top step of the podium in Paris. Sky has clearly already found its formula.