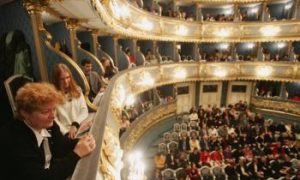 Pfc. Bradley Manning, the American soldier currently being held in what many have deemed solitary confinement for allegedly stealing and providing classified U.S. documents to WikiLeaks, was forced to strip naked in his cell for seven hours on Wednesday and has been required to give up his clothing every night since.

These measures are being taken to prevent Pfc. Manning from harming himself, an official at Quantico Brig, where Manning is being held under “Prevention of Injury Watch” in maximum security, told the New York Times.

“The Brig has stripped Pfc. Manning of all of his clothing for the past three nights, and they intend to continue this practice indefinitely," wrote Manning’s lawyer, David E. Coombs in his blog. "Each night, Brig guards force Pfc. Manning to relinquish all of his clothing. He then lies in a cold jail cell naked until the following morning, when he is required to endure the humiliation of standing naked at attention for the morning roll call.”

Coombs recounts the events leading up to the order to strip Manning of his clothes as follows. The day before Manning began being stripped of his clothing, he had been informed that the Quantico commander, Daniel J. Choike, had denied Manning’s Article 138 complaint, a request to be removed from maximum custody and Prevention of Injury (POI) watch. Manning thus proceeded to inquire of the brig operations officer what he had to do in order to be removed, to which the operations officer replied nothing could be done and that he was simply deemed to be a risk to himself.

In response, Manning said that the POI restrictions were “absurd” and “sarcastically stated that if he wanted to harm himself, he could conceivably do so with the elastic waistband of his underwear or with his flip-flops,” writes Coombs.

Chief Warrant Officer Denise Barnes then saw these comments as justifying an increase in the Prevention of Injury conditions imposed on Manning, said Coombs.

These increased provisions come in the face of the brig’s forensic psychiatrists’ assessments, which have deemed Manning at "‘low risk and requiring only routine outpatient follow-up [with] no need for … closer clinical observation.’ In particular, he indicated that Pfc. Manning's statement about the waistband of his underwear was in no way prompted by ‘a psychiatric condition,’” writes Coombs.

Pfc. Manning is not currently under Suicide Risk Watch and two psychiatric examinations have deemed him as under no risk of suicide.

Critics of the conditions in which Manning is being detained, such as his close friend and regular visitor David House, argue that such treatment is meant to induce Manning to provide information about WikiLeaks.

A declassified CIA document outlining effective interrogation techniques to be used on al-Qaeda suspects from 2004 may support these claims. The document points to the use of nudity as the first method by which to weaken the resolve of “High-Value Detainees” (HVD).

“Nudity. The HVD’s clothes are taken and he remains nude until the interrogators provide clothes to him. [Underline in Original]” reads the document.

The use of nudity is meant to reinforce a state of “helplessness,” in which the individual in detention “is reduced to a baseline dependent state … to demonstrate that the HVD has no control over basic human needs.” Such techniques “weaken his [the HVD’s] resolve and will to resist.”

Quantico Brig spokesman 1st Lt. Brian Villiard has confirmed with the New York Times that the private was indeed ordered to strip naked, however did not offer reasons as to why.

“It would be inappropriate for me to explain it,” 1st Lt. Villiard told the New York Times. “I can confirm that it did happen, but I can’t explain it to you without violating the detainee’s privacy.”

The new orders came hours after Manning was informed of the 22 additional charges he will be receiving, including an Article 104 offense, a capital offense that charges Manning with “aiding the enemy.” If convicted, Manning could possibly face the death penalty for this offense.

On March 3, the day following the brig’s order to strip Manning of his clothes, Pentagon spokesperson Geoff Morrell spoke to the media to alleviate concerns over the conditions of Manning’s detention.

Manning’s lawyer, however, has contested these claims. In addition to the fact that Manning is “held in solitary confinement” and “for 23 hours per day … sits in his cell” and is required to answer calls asking him if he is okay every five minutes, he has no blanket or pillow, is not allowed to have more than one personal item, is prevented from exercising for more than one hour a day, during which he is allowed to walk, not run, in an empty room, and is required to strip naked. None of the other detainees are under these conditions, writes Coombs.