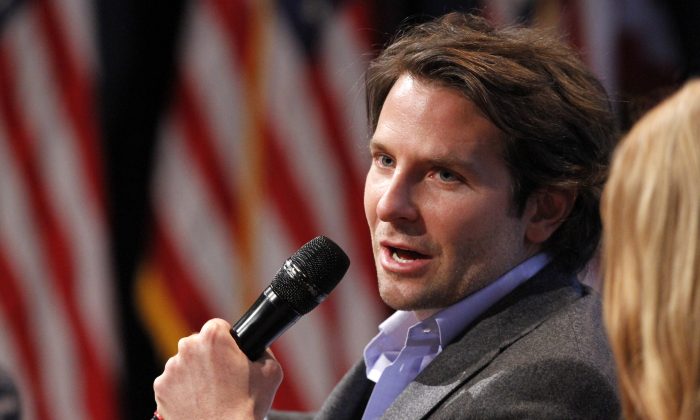 Actor Bradley Cooper speaks on a panel during the launch event for "Got Your 6," a multifaceted program that includes encouraging film and television to include characters who are veterans, Friday, Jan. 30, 2015, at the National Geographic Society in Washington. (AP Photo/Jacquelyn Martin)
Entertainment

Bradley Cooper: What’s Next for Actor After American Sniper?

Bradley Cooper is an Oscar nominee for his role as Chris Kyle in American Sniper, but many fans are wondering–what’s he up to right now?

Production began on American Sniper in April 2014 and took just 44 days, although Cooper trained for months prior to filming to get into character for the leading role.

Cooper spent additional time in 2014 promoting the film, while also completing his next project–a reprisal of his role in the film Wet Hot American Summer in a new television series, a sequel to the movie, with the same name. The series, which also stars the likes of Amy Poehler, Paul Rudd, and Jason Schwartzman is expected to premiere on Netflix in the summer of 2015. Cooper could spend time promoting the series later this year.

Cooper could also take some time to promote Aloha, a movie he and others filmed in 2013, before it hits theaters this summer. The film, also starring Emma Stone, Rachel McAdams, and Bill Murray was originally supposed to be released on Christmas Day 2014, but was later pushed back to May 29, 2015.

Soon after wrapping filming on American Sniper, Cooper started a run on Broadway in the play The Elephant Man with Patricia Clarkson and Alessandro Nivola. Early returns for the four-month run, which was originally set to end on February 22 but finished early due to Cooper’s Oscar nomination, pegged it as having grossed $14.5 million.

The play is based on an Englishman, played by Cooper, who lived in the Victorian era and was known for having an extreme deformity.

Cooper is also involved in a yet-to-be-titled John Wells project, written by Steven Knight. According to IMDB, the film follows a chef as he assembles a crew in an attempt to create the best restaurant ever.

Besides Cooper, who is set to play a character named Adam Jones, the film is set to star Jamie Dornan, Lily James, Uma Thurman, and Omar Sy. Other actors include Sienna Miller, who played Cooper’s on-screen wife in American Sniper.

Cooper is also set to star in a film title Joy, about a struggling Long Island single mother who became one of the country’s most successful entrepreneurs. It appears that Jennifer Lawrence will play the mom, while Cooper’s role has not yet been clarified. That movie is filming this year and is pegged for a December 25, 2015 release date.

Last but not least, Cooper is rumored to be directing and starring in a movie titled Honeymoon with Harry, in which a man’s fiance dies two days before their wedding.

Cooper appears poised to stay at the top of Hollywood for some time–with his third consecutive Oscar nomination, he joined a select list of 21 people. The last to earn the distinction was Renee Zellwegger back in 2004.