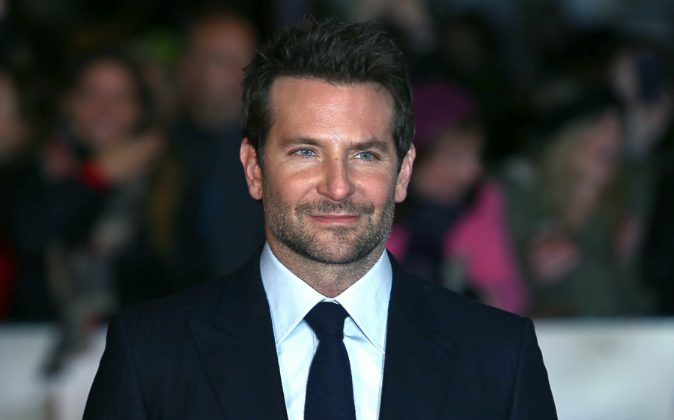 US actor Bradley Cooper poses as he arrives for the European premiere of the film 'Burnt' in Leicester Square, central London, on October 28, 2015. ( JUSTIN TALLIS/AFP/Getty Images)
Entertainment

“I wasn’t expecting that,” said Cooper during a visit to “The Late Late Show With James Corden” on Aug. 3. “The Republicans were up in arms that I was there listening to the president speak.”

Cooper starred as U.S. Navy SEAL Chris Kyle in “American Sniper,” a film that was wildly popular among conservatives. Todd Phillips also appeared on the late-night talk show surmised that fans of the actor must have muddled his political views with the character of Kyle.

“It’s like the mob being mad at [Robert] De Niro for being in ‘The Intern,'” Phillips said.

Cooper attended the Democratic National Convention on July 27 in his hometown of Philadelphia, Pa. Viewers were upset to see Cooper along with his girlfriend and model Irina Shayk sitting among Democrats and took to social media to express their frustration.

I have a list of celebrities that support Socialism I refuse to spend another $ on. Add this one. Boycott them all. pic.twitter.com/uOFMkxSvRY

Bradley Cooper is promoting Hillary? Too bad. He’s dead to me now. pic.twitter.com/gXJ4ahO8YK

Bradley Cooper, how could you POSSIBLY play the hero Chris Kyle so well and then surround yourself w/anti-Americans? https://t.co/DQQkyW3ss8

Despite the backlash, the 41-year-old actor is a staunch supporter of Obama and was glad to have personally witnessed the president speak as his tenure comes to an end.

“To be there, it was probably one of the last times we’ll hear him speak,” Cooper said. “I think he was an incredible president. I was really excited.”

This isn’t the first time Cooper has lauded the president. A letter signed by Hollywood elite—Cooper included—thanked Obama for taking executive action against gun control.

“Thank you for having the courage and leadership to take Executive Action on preventing more unnecessary gun violence in this country,” the letter stated. “Countless lives will be saved as a result. Like you, and like most Americans, we have had ENOUGH. We have had enough of seeing unthinkable tragedies happen and nothing being done.”