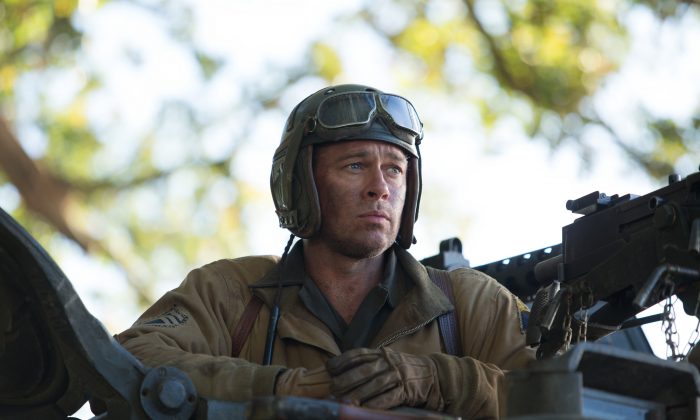 “Gone Girl” was tops at the box office for two weeks before Brad Pitt and his rag-tag group of tank mates in “Fury” blasted the film to second place. Sony’s “Fury” captured $23.5 million in ticket sales during its opening weekend, according to studio estimates Sunday. Fox’s “Gone Girl” followed with $17.8 million.

“The fall movie season is all about making the transition from PG-13 world of summer to the R-rated, edgier world of the fall and awards season,” said Paul Dergarabedian, senior media analyst for box-office tracker Rentrak.

The animated Fox feature “The Book of Life” opened in third place with $17 million, followed by Disney’s “Alexander and the Terrible, Horrible, No Good, Very Bad Day” with $12 million.

Another new film rounds out the top five: Relativity’s Nicholas Sparks romance “The Best of Me,” starring Michelle Monaghan and James Marsden, debuted with $10.2 million.

Overall box office is up almost 25 percent from the same weekend last year, Dergarabedian said, and the strong fall showing at cinemas is making up for a year-to-date box-office deficit that dropped from 6 percent to 4 percent in the last month.