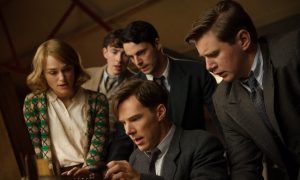 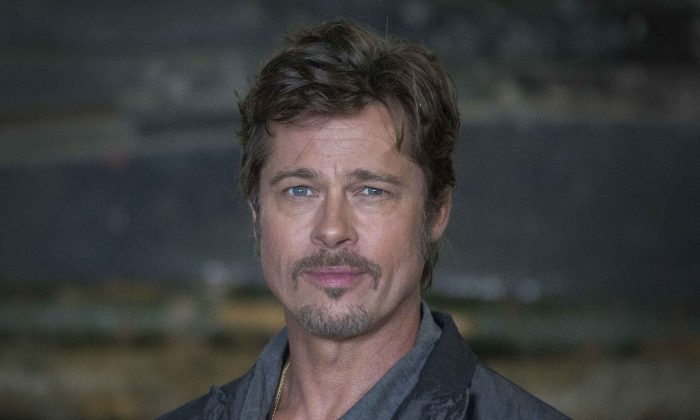 LONDON—Brad Pitt was bringing the London Film Festival to a storming conclusion Sunday with “Fury,” David Ayer’s mud- and blood-splattered tale of a tank crew in the closing days of World War II.

The film offers a brutal depiction of combat, but Pitt says filming it has made him a better father to his six children with Angelina Jolie.

“This role is a real study in leadership and learning to command respect and because of this, I am now a better father,” said Pitt, who plays a hard-bitten sergeant in command of a Sherman tank crew played by Shia LaBeouf, Logan Lerman, Michael Pena and Jon Bernthal.

“This film is about the soldiers’ exhaustion from the cold, hunger and the accumulative effect on a daily basis,” Pitt told reporters before the movie’s black-tie European premiere. “We took that to heart. I hope … soldiers will walk away from this and feel they are recognized.”

“Fury” is an appropriately unflinching finale for a festival that awarded prizes to films that tackled corruption, gang violence, honor killing and war.

Andrey Zvyagintsev’s “Leviathan,” a tragic satire of small-town Russian corruption, was named the festival’s best picture. Ukrainian director Myroslav Slaboshpytskiy won the first-feature award for “The Tribe,” a teen-gang drama set at a school for the deaf and performed entirely in sign language, without subtitles.

Actress Sameena Jabeen Ahmed was named best British newcomer for her performance as a British-Pakistani teenager on the run from her family in “Catch Me Daddy.”

The documentary prize went to “Silvered Water, Syria Self-Portrait,” a searing look at the country’s civil war by Paris-based director Ossama Mohammed and Wiam Simav Bedirxan, a schoolteacher who filmed life in the besieged city of Homs.

Director Stephen Frears was awarded the British Film Institute’s Fellowship, in recognition of a career that has traveled from the battered streets of Margaret Thatcher’s Britain in “My Beautiful Laundrette,” to 18th-century France in “Dangerous Liaisons,” seedy Los Angeles in “The Grifters” and Buckingham Palace in “The Queen.”

The 73-year-old director said that he’d become a filmmaker by accident, and quoted playwright Joe Orton, subject of his 1987 film “Prick Up Your Ears.”