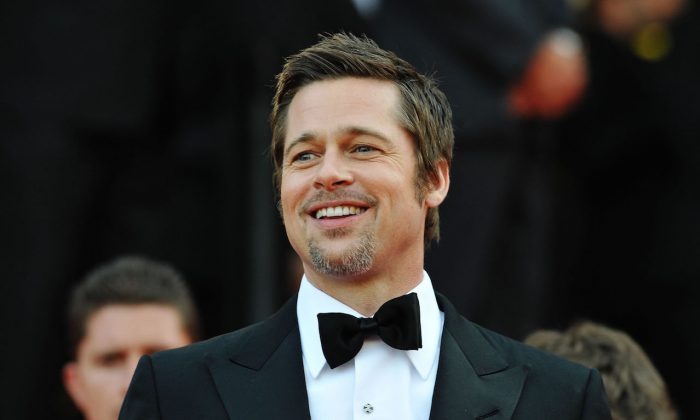 The two were married for about five years before Pitt entered a relationship with Angelina Jolie and married her.

“Brad snaked around most of the paparazzi Saturday night at the Sunset Tower hotel on the Sunset Strip but you see him from behind as he enters the building,” TMZ said, adding that Aniston “loves the chicken salad” at the restaurant.

According to photos of the birthday, as reported by People, Pitt showed up with long hair in a baseball cap.

People magazine reported that the two, who were subjected to supermarket tabloid fodder for years in the early 2000s, have remained friends.

“They aren’t in regular contact, beyond an occasional text back and forth to wish each other the best when there’s been a new project or big event,” a person close to the couple told the magazine.

Jolie and Pitt, meanwhile, split in September 2016, and about 18 months later, Aniston and Justin Theroux split after two years of marriage.

“I also was never a kid who sat around and dreamed about a wedding, you know? Those were never my fantasies,” she said about marriage, “When I was first popped the question, it was so foreign to me,” adding that her priorities were “always about finding a home that felt safe.”