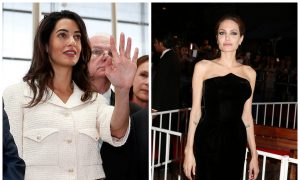 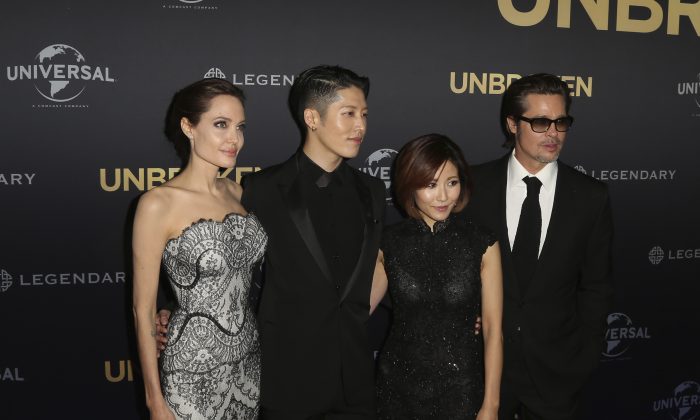 A tabloid has published 13 pictures showing newlyweds Brad Pitt and Angelina Jolie fighting, and the Jolie after the argument smoking a cigarette.

The pair were in Sydney, Australia when they began shouting on the balcony of a hotel.

Brad, 50, is pictured gesturing wildly as he gets upset with his wife, 39.

After the argument, he leaves and Jolie remains on the balcony, smoking a cigarette.

That part is also notable because Jolie underwent a double mastectomy earlier this year as a preventative measure against cancer.

The pictures were published by the In Touch tabloids.

“When Brad threw up his arms, you could see the frustration on his face. He was clearly exasperated with her,” an eyewitness said.

“They kept talking over each other and putting their hands up in anger. They were upset but getting nowhere. Angie looked like she was on the verge of tears.”

The source also said that Brad does not want his wife smoking at all.

The tabloid report, which appears in the December 8th edition, comes just days after an Australian tabloid broke the news about the fight.

The couple were in Sydney to attend the premiere of “Unbroken” at the State Theatre.

“Just hours after reuniting in Australia for the first time in weeks due to their hectic separate schedules, Brad was seen throwing his arms up in a frustrated manner. Angelina meanwhile, appeared to be tired, upset and defeated,” WomensDay described.

A source told the tabloid that the fight may have stemmed from Jolie’s busy work schedule over the past year.