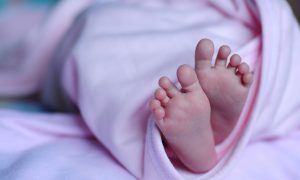 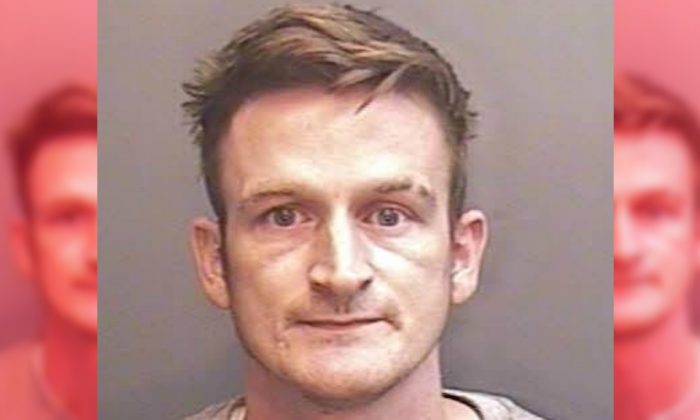 A man has been found guilty of murdering his girlfriend’s daughter by overdosing her with codeine to mask injuries caused by beatings.

Thomas Curd, 31, had beaten 22-month-old Eve Leatherland on several occasions in the months before she died on Oct. 5, 2017, in her bed at home in Cornwall, England.

Curd was sentenced to 20 years in prison on March 29.

Medics told the court they believe the toddler had been dead for several hours before her mother Abigail Leatherland, 26,  called emergency services, according to local media outlet Cornwall Live.

A manslaughter charge against Leatherland was dropped, but she was found guilty of causing or allowing her daughter’s death and was sentenced to three and a half years in prison.

According to the BBC, the court heard Eve’s ribs and skull were fractured and refractured in “at least three” attacks by Curd.

She had been poisoned with the painkiller to mask the injuries.

Her mother had told emergency services that she had only  “just been to check” on her when she discovered she was not breathing.

The prosecutor said that the two adults had done nothing help her. He said that they were”just feet away from where Eve was weakening and then dying on her bed,” apparently playing video games, taking selfies, watching TV, and sending messages.

The toddler’s injuries are “most commonly associated with a car crash” the prosecutor, Sean Brunton told the court.

“In the few days leading up to her death she was assaulted on at least two occasions, possibly several more,” Brunton said, according to the Metro.

The prosecution said there was no doubt that Curd was the one who beat Eve and gave her the codeine, but said Leatherland failed in her duty of care by not seeking medical assistance sooner, according to Cornwall Live.

Leatherland had claimed she had no idea that her daughter had been beaten over a period of several months by Curd, and that she thought the drowsiness was due to a viral infection.

The girl’s father, Dean Bird, meanwhile has been fighting for the right to arrange her funeral.

Her body still remains in cold storage, he told the BBC, but lacks the parental authority because his name is not on the birth certificate.

“The hardest part is knowing she is still in a freezer after all this time,” he said.

He said it would be “morally wrong” if Leatherland was allowed to have a funeral for their daughter.

“I blame myself a lot for Eve dying. … I wish I would have pushed it more to get my name on the birth certificate so I could have found her.”

“It does hurt me a lot. I am her dad, I should have protected her and she is just gone … my main aim now is to lay her to rest properly,” Bird said.