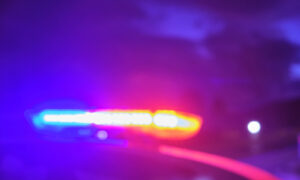 What was supposed to be a memorable night turned into a disaster.

Eddie M. Herrera, 20, of Texas, Houston, is accused of choking his date after their May 2014 prom that was held at Hyatt Regency in North Houston.  Both attended MacArthur High School.

He was sentenced to 25 years in prison on May 4 after being found guilty of aggravated assault.

Herrera admitted he choked Jacqueline Gomez, 17, in a Houston hotel room after their prom.

He said it happened during sexual intercourse.

“I put my hands on her neck and squeezed,” Herrera told Houston detectives.

An autopsy found hydrocodone and alcohol in Gomez’s system.

“With a combination of the alcohol and the hydrocodone, the body was already so depressed that it could not recover from those choking injuries,” said Assistant District Attorney Justin Wood. “This is just extremely sad because it could’ve all been prevented.”

According to USA Today, Herrera was arrested about eight months after Gomez’s death.

When police confronted him at the time, he said Gomez was still alive when they both fell asleep.

The very next day, he was unable to wake her, police said.

It was reported that Herrera called his mother when he discovered that Gomez was dead.

The prosecutor said Herrera and his mother then waited two hours before calling 911.

Herrera’s mother, Melissa Martinez, is also charged in the case.

Police said she gave the teens painkillers, alcohol, and reserved the teens’ hotel room. Plus, she lied to Gomez’s mother, who was completely unaware of their post-prom plans.

Herrera’s mother claimed she wanted them to “have a good time.”

Her trial is scheduled for next week on charges of providing drugs and alcohol to the then-underage teens.

If found guilty, she could face two years in prison.