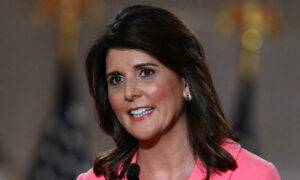 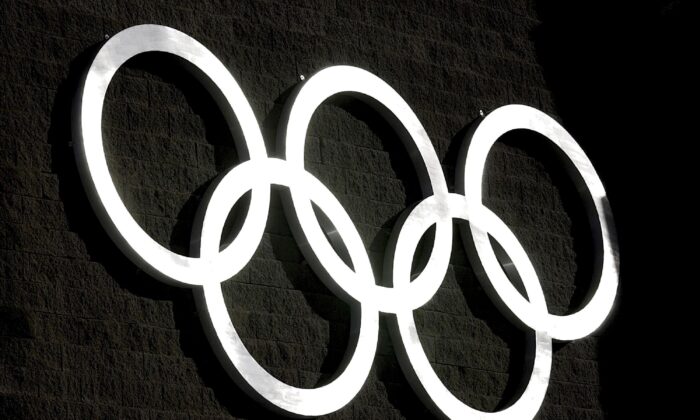 The Olympic Rings at the bobsleigh venue during the 2002 Olympic Winter Games in Park City, Utah, on Feb. 22, 2002. (Tim De Waele/Getty Images)
Viewpoints

The time is long past in which China should be regarded as a respectable member of the international community. Not only does the Chinese Communist Party brutally suppress its own people but its actions pose a clear and present danger to freedom and peace throughout the world.

But what to do? War isn’t an option except in self-defense. China’s military is one of the most potent in the world. Any significant armed conflict with China would be beyond catastrophic for the entire planet.

But that doesn’t mean there aren’t significant “soft power” options to exercise that capable of inflicting sufficient pain to persuade China’s rulers to ameliorate the worst of their policies. One option gaining significant traction is a boycott of the Winter Olympics that China is hosting in Beijing next February—and for which it has already spent many billions preparing.

Wait, isn’t a major purpose of the Games to forge peace and mutual understanding among nations?

Sure. But, if a country is going to benefit from the prestige and financial gain that comes from hosting the Olympics, that honor should at least require concomitant compliance with a modicum of international human rights standards. Otherwise, the entire premise of the Olympics is made a mockery.

A quick litany of China’s current offenses—both domestic and international—illustrates vividly why the country should be shunned as an Olympics host:

The CCP is engaging in a pogrom against the Uyghur Muslims, in remote northwestern China. More than 1 million Uyghurs have been imprisoned in concentration camps, where they are treated with brutal disregard of their dignity as human beings, including forced sterilization, rape as a means of oppression, the removal of children from homes, suppression of religion, and being sent throughout the country as slave laborers. The State Department admits that these actions have amounted to “genocide”—an international crime—(while refusing to deploy the G-word in the present tense, despite no evidence of any slackening in anti-Uyghur oppression).

Christians and others deemed insufficiently loyal to the government are socially excommunicated via the “social credit” system, in which technology such as facial recognition and computer algorithms “score” individual’s compliance with government-dictated norms of behavior. The consequences of low social scores—caused by such “offenses” as simply attending church—include public shaming, job loss, inability to rent a good apartment, have medical needs attended, or even the use of public transportation.

When China took jurisdiction of Hong Kong from Britain, it promised that the territory would continue to enjoy a high degree of autonomy. Those promises are now so much tear gas smoke.

China not only illegally occupies Tibet, which it conquered and annexed in 1951, but is actively suppressing Tibetan Buddhism, a faith central to the Tibetan culture.

China has engaged in mass theft of intellectual property all around the world, including employing old-fashioned spying at universities, hacking, and cyberattacks.

The Chinese regime controls the country’s largest commercial firms and deploys these companies as fronts for spying and intelligence gathering.

China has recently made unjustified incursions across the Indian border, built illegal artificial islands in the South China Sea for military use, and continues its threats against the sovereignty of Taiwan.

Last, but certainly not least, the CCP is solely responsible for the COVID-19 pandemic, resulting in millions of casualties, lives stunted by societal lockdowns, and trillions in economic losses.

OK, Wesley, there is no question that China is an authoritarian menace. But the Olympics are supposed to be above such considerations. After all, the 1936 Summer Games were held in Nazi Germany.

That’s true. But Hitler narrowly avoided an international boycott and those Games were held years before Germany launched the Holocaust and began to invade neighboring countries. Indeed, Kristallnacht, the pogrom that launched the worst anti-Semitic actions in Germany culminating in the Holocaust, didn’t occur until Nov. 9 to 10, 1938.

But let’s turn that question around. Would the world, say, in 1990, have countenanced holding an Olympics in apartheid South Africa? The answer is obvious.

Besides, there is a chance that boycotting the Olympics (or changing its site) would be moderately effective. China’s rulers may be indifferent to the sanctity of life, the rule of law, human rights, and international norms, but they do care about commerce and “face.” If the International Olympic Committee seriously contemplated a move, if corporations seriously threatened to cancel sponsorships, if media threatened to stay away, it could have a beneficial impact.

Yes, I know a boycott will disappoint innocent athletes. But their significant sacrifice could result in the lives of Uyghurs, Falun Gong, Tibetans, and Chinese Christians being made somewhat more bearable.

And if the world decides to turn a blind eye, to disregard mass human rights abuses in the name of business as usual and empty promises of international goodwill and comity by attending the Games? There is at least one small thing every one of us can do. We can refuse to watch and purchase the products of its sponsors.

That may not have much of an impact on the overall scheme of things. But without at least some form of concentrated protest, the powers that be will happily gut the great cause of international human rights into a cynical patina for amoral business venality, and Mammon will have won.