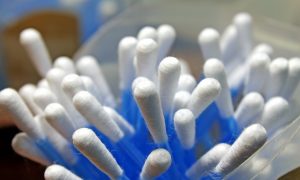 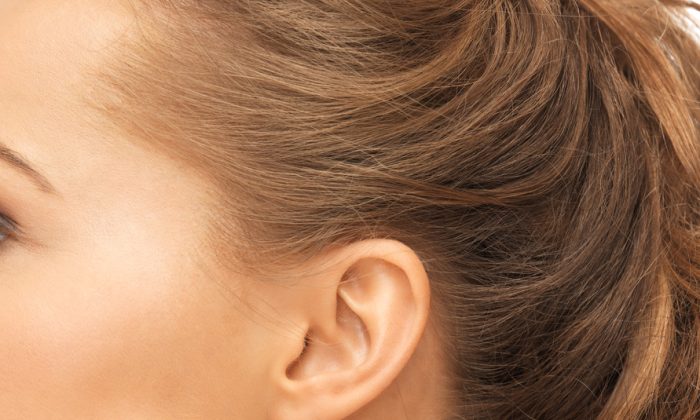 Boy Says He Got Pencil Stuck in His Ear, Turns out to Be Much Stranger

An English boy went to a doctor with his grandmother after he claimed he snapped a pencil inside his ear a week earlier.

However, when a doctor went to examine him, it was more unusual.

Louis King, according to a doctor in a BBC video report, said it was more serious than expected.

When he attempted to remove the “pencil,” it turned out to be a small battery.

“It looks more like a watch battery to me,” the doctor asked him.

The doctor then informed King that “I can’t see your ear drum,” which means that “it’s gone.”

The watch battery, he said, made a hole in it. He said the ear drum will grow back naturally over the next six weeks.

It’s still not clear how the boy got a battery in his ear or confused it with a pencil.

“The fact that he said it was a pencil and turned out to be a watch battery … that’s pretty bizarre,” the doctor stated.

“The main danger of putting things inside your ear is you can’t see what you’re doing, and could potentially cause significant harm,” Dr. David Stutz, with the University of Michigan, said on its website.

Read More
5-Year-Old Boy Thrown From Mall of America Had More Than 15 Procedures, Family Says
Boy Chokes to Death on Hot Dog in Front of Family During San Juan Festivities in Gran Canaria

“You can not only irritate, scratch and cut the ear canal, but you can also damage the eardrum, and render your efforts unsuccessful by pushing whatever wax has built up even deeper down the ear. People don’t realize the wax they see on a Q-tip would have come out anyway because the ear cleans itself,” he said, referring to the potential danger of Q-tips.

A 31-year-old man ended up in the emergency room after he collapsed after suffering a seizure. Doctors found that he had a Q-tib, or cotton swab, stuck in his ear canal.

According to the medical journal BMJ Case Reports, the tip of the Q-tip got stuck in the English man’s ear. The man said he had pain in his ear and hearing loss over a five-year period, reported Live Science.

Why you should NEVER clean your ear with a cotton bud https://t.co/8dWaG8nkX4

However, he suffered more pain, discharge from the ear, memory issues, and headaches on the left side of his head leading to vomiting, the report said.

The unnamed man later suffered a seizure and collapsed before he was admitted to a hospital in Coventry, England, noted Yahoo News.

After a CT scan, “a retained cotton bud was” discovered in his ear canal, an abstract of the study said.

“The man developed a severe bacterial infection [necrotizing otitis externa] that started in his ear canal, progressed into the bone at the base of his skull, and then moved upward, into the lining of his brain,” Live Science reported.

Alexander Charlton, the lead author of the study who treated the man, said he believes that toxins from a bacterial infection or pressure from swelling triggered a seizure and temporary memory loss, according to Live Science.

The infection, however, didn’t enter the man’s brain, but it still caused neurological problems.

It’s fine to wipe away ear wax from the outer portion of the ear with a tissue or washcloth, said Dr. Seth Schwartz, with the Virginia Mason Medical Center in Seattle, according to Today.com.

Read More
Video: Little Girl Gets Ear Pierced Like A Champ!
Woman Finds Out Headaches Were Caused by Spider in Her Ear

“People think of wax as being unhealthy, like they don’t want wax in their ears,” Schwartz told the outlet. “But ear wax is actually a healthy part of the ear, it’s the natural substance that occurs from the body’s self-cleaning mechanism. The body is sweeping away dead skin and debris from the ear canal and it will migrate out.”

Between 1990 and 2010, more than 263,000 children were treated in emergency rooms across the United States for ear injuries related to Q-tips.