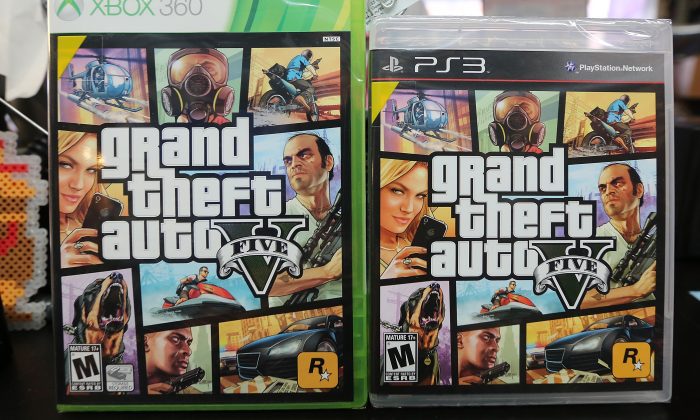 A British boy who raped his 6-year-old sister because he wanted to copy the pornography he had seen—including from video game “Grand Theft Auto”—has been given a 12-month referral order.

The order means he must complete a year living at a therapeutic facility.

The boy, who cannot be named for legal reasons, was 12 when he carried out numerous incidents of rape at his home in Swindon, England, according to local press.

His sister’s friend sparked a police investigation after noticing she was withdrawn and quiet and informed a teacher.

The local paper, the Swindon Advertiser, reported that in one incident the boy had been watching a sexual act in a “Grand Theft Auto” video game, which he then enacted with his victim, the court was told. The other incidents were similarly prompted by viewing pornography.

He pleaded guilty to three counts of rape and one of inciting the girl to engage in sexual activity.

If he completes his 12-month referral order in a therapeutic facility, those charges will be considered “spent,” according to the Daily Mail. They remain on his record, but in most cases, he won’t have to disclose them to future employers or insurers.

He has been added to sex offenders register for two and a half years.

His mother told the Independent, “My daughter used to be very sad about it all because she worried this was her fault, but she’s come on leaps and bounds, she’s a very strong girl and there’s not an ounce of sadness in her now, I’m so proud of her.”

He raped her three times.

There is no specific indication of which scene in “Grand Theft Auto”—which carries an over 18 rating across Europe—the boy had been watching. However, the video game has long attracted criticism for the fact that the player’s character in the game can carry out sexual acts with prostitutes.

The effect of video games on young people has come under closer scrutiny in recent years, with concerns not just over the potential impact of the content of the games, but their apparent addictive power.

A video recently went viral that shows a mother feeding her 13-year-old son by hand as he refuses to lift his fingers from the keyboard during a 48-hour gaming session at an internet cafe.

The boy’s eyes don’t shift from the screen as his mother shoves pieces of food into his mouth, saying, “My poor child. … Here, eat now.” Instead, he becomes agitated, worried that she may disrupt his gaming.

According to the Daily Mail, one of the media organisations to obtain the video, she is worried that he won’t eat at all if she doesn’t bring him food during his marathon sessions of his favorite game “Rules of Survival.”

The boy, Carlito Garcia, has skipped off school for the binge gaming sessions, which she said leave him like a “zombie.”

According to the Mirror, she said, “I used to just nag about his online games. But that didn’t work. So I’m trying a different approach.”

“I try to make him feel that whatever is happening in his life, I am his mother who loves him and takes care of him,” she continued.

The growing use of computers, smartphones, and gaming devices in recent decades has left many parents worried about the potential impact on health, as studies lag behind tech development.

Last year the World Health Organisation added “video gaming disorder” to its classification list of diseases, much to the disagreement of the video games industry.