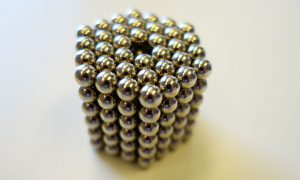 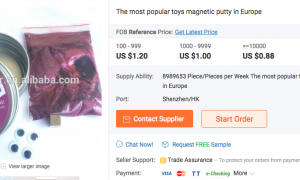 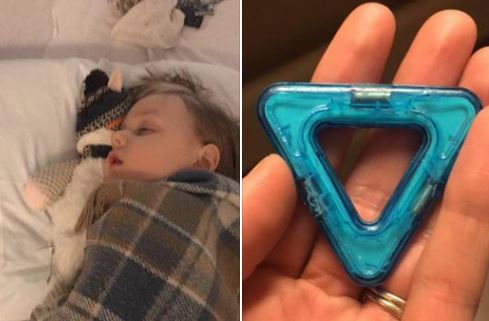 Beck White, 4, was rushed to the hospital in Milwaukee, Wis., after swallowing magnets that were inside a magnetic toy that he broke open, prompting his mother to warn other parents on Dec. 27, 2018. (Jennifer White/Facebook)
US News

A Wisconsin mother warned parents about a popular magnetic toy after her 4-year-old son was rushed to the hospital after swallowing parts of the toy.

Jennifer White posted a picture of her son Beck in the hospital next to another picture showing the magnetic toy.

“Beck broke open a magnetic toy and has 13 tiny magnets in him. I feel guilty … and horrible posting this but I don’t want another child to go through this. If you have little ones or chewers these are dangerous and we’re removing them from our home. Dogs could also break these open too,” White wrote.

She later added that her son had surgery to remove part of his colon, intestines, and appendix after the magnets created holes and infection in his intestines.

On Dec. 30, White noted that the magnetic product, which was a gift, had been removed from Amazon. “There are still many knock-off brands to be aware of,” she warned.

She also hit back against critics who have emerged since she did interviews with several news agencies.

“The pitchforks and torches have come out but if I can change this outcome for one single family then nothing else matters. This is a nightmare and to have this happen is heartbreaking in more ways than you can imagine unless you live it,” she wrote.

“I hope you parents who are pointing the finger at me never have an accident or miss something in your children’s lives because you’re going to be judged harder than you ever have at one of your lowest points in your life. I wish I could be as perfect as all of you but I’m just a Mom trying to do what’s best for her kids at all times.”

This is the News station I did an interview with. The pitch forks and torches have come out but if I can change this…

The American Academy of Pediatrics warned in 2017 against the magnet sets, calling them dangerous.

“Unlike those typically found on refrigerators, these magnet sets are composed of tiny high-powered magnet balls or cubes, often with 200 or more to a set. When two or more magnets are swallowed, their attractive force allows them to find each other across or between different segments of the digestive system,” the academy stated.

“Pediatricians’ number one goal is to keep children safe. High-powered magnets have caused unnecessary surgeries, debilitating injuries, irreversible gastrointestinal damage and other lifelong health impacts in infants, children and adolescents,” said academy President Fernando Stein in a statement. “Pediatricians have been ringing an alarm bell about these dangerous magnets since we first recognized the damage they cause, and we urge parents to avoid purchasing them as gifts for children during the holiday season.”

The academy and a number of other groups sent a letter to the Consumer Product Safety Commission in support of the commission’s October 2017 decision to stop the sale of high-powered magnet sets sold under the brand name Zen Magnets.

The groups said that the commission should take even stronger action in the future.