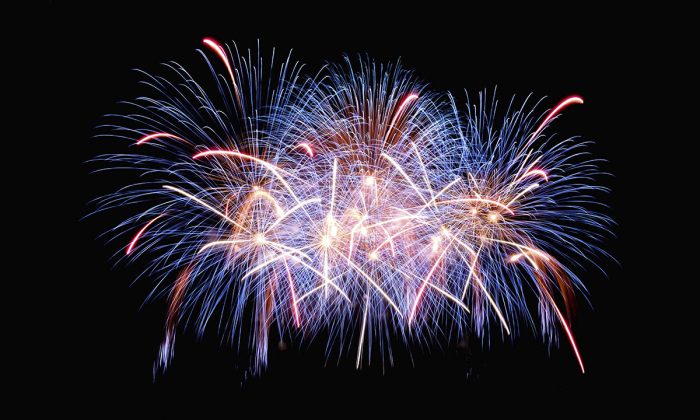 A Pennsylvania boy’s hands have been left partially amputated after an illegal device he allegedly found in the trash exploded while he was holding it, police said.

Authorities said the 12-year-old boy was at recreation center basketball court in Philadelphia July 9 when he found the device—which was equivalent to a quarter-stick of dynamite—lit it, and threw it. When it didn’t explode, the boy picked it back up, and that’s when it went off in his hands, reported WPVI.

Following the explosion, the boy ran across the street to a local business for help.

“It appears that the child attempted to light the device, didn’t realize that he actually lit it. And then he picked it back up, not realizing that enough heat had gotten on the other side of the tubing. It was enough to cause a flash powder to become volatile and explode,” said Philadelphia Police Captain Sekou Kinebrew, according to the CBS affiliate.

Chief Inspector Scott Small told the news outlet the boy’s two hands suffered injuries. “We believe he lost a finger to one hand and he has severe injuries to the knuckles and palm of his other hand,” said Small.

These are not fireworks. They are illegal, dangerous, explosive devices that could cause you to lose a limb or your life. If you see them (or people selling them) call 911 immediately. pic.twitter.com/3X1htsKbmD

The incident took place on the 5000 block of Summerdale Avenue at a recreation center basketball court in Philadelphia.

Small added, “These are illegal devices. There are not commercial and they are not meant for commercial.”

One woman said she witnessed the explosion.

Another woman said she saw the aftermath of the incident when she came home from work.

“People were all around him. The ambulance was pulling up, the cops were around him. It was horrible,” said Tena Burgess.

One week earlier, a 9-year-old girl received “life-altering injuries” after an illegal explosive purchased by her father detonated in her hands while she was inside of her Philadelphia home, reported WPVI.

After two young boys were injured earlier this year, the Consumer Product Safety Commission (CSPC) decided to recall 25,000 fireworks sold at a retailer in Indiana just one week before the Fourth of July holiday.

Grandma’s Fireworks—an Indiana based fireworks outlet—was said by the CSPC to have been selling fireworks between January 2009 and April 2019, that might be “overloaded with pyrotechnics intended to produce an audible effect” thus violating federal standards, reported RTV6.

According to the CPSC, overloaded fireworks can cause explosions more volatile than anticipated, which can in turn potentially cause serious injuries to consumers.

The recall came after two Ohio boys were injured and one of them was left without a hand when a firework exploded in their hands, RTV6 reported.

Fireworks recalled from Indiana retailer after 12-year-old blows his hand off https://t.co/qqtTYvv06m

The boys first tried lighting the Talon Rocket firework—described as silver in color with the shape and size of a baseball—while it was on the ground.

After a number of failed attempts, Caleb Bogan picked it up and both boys tried to light it again, the firework then caught flame and exploded quickly, the news outlet reported.

Bogan lost his left hand, and also sustained injuries to his chin and right index finger as a result.

The other boy, Brendon Jones, suffered only minor injuries.

“They just didn’t deserve this. This was innocent kids playing. They were riding their bikes and seen something shiny,” said Brendon Jones’s mother, Ashley Richardson.

Chris Hannon, co-owner of Grandma’s Fireworks told WLWT5 in an interview, “I think the hard thing is that we are always so careful, and we’re both grandma’s and we have really, really tried hard. So, when we heard that was something from us, we were both crushed.”

The fireworks are alleged to have been mislabeled by the manufacturer in China.

“We were doing everything by the book. Everything that the government says is on recall has ‘1.4,’ which means it’s consumer fireworks, which we are licensed to sell,” said Hannon.

The Oxford Police Department worked the CPSC to initiate the 25,000 firework recall which included the Talon rocket which retails for $40 per pack.