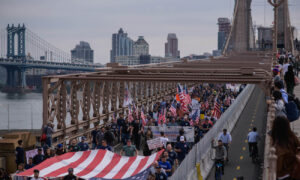 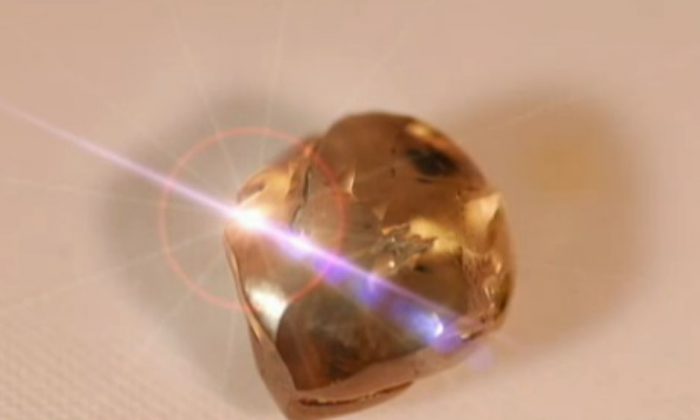 A screenshot of ABC News video footage shows the diamond.
US

A boy found a diamond the size of a jelly bean in an Arkansas state park while he was on vacation.

“We were probably there about 10 minutes and I was looking around on the ground and found it on top,” Michael Dettlaff, 12, told ABC News. “It was very glassy. Very smooth.”

The diamond, which is around five carats, is about the size of a pebble or a jellybean. It could be worth as much as $15,000.

He found the gem at the Arkansas’ Crater of Diamonds State Park and according to the park, any diamond found on the premises there can be kept. At least 75,000 diamonds have been found there over the past century or so.

“When I brought this rock out of the bag the guy who’s there, he just went bug-eyed and he said, ‘Hang on a second. I need to take this to the back room,’” Michael told the broadcaster. “So then people start coming from everywhere and they’re like, ‘Oh yeah. It’s a big diamond.’”

It is the 27th largest diamond found at the park.

“It is thrilling any time a child finds a diamond here at Crater of Diamonds State Park. Michael was excited to have found his own diamond, as just about any boy would be, but he was absolutely awestruck when he realized its significance,” Park Interpreter Waymon Cox told ArkansasMatters.com.

ABC noted that the largest diamond ever found at the park was 40.23 carats.