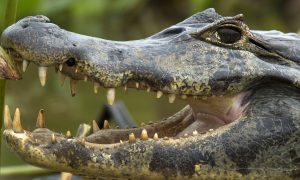 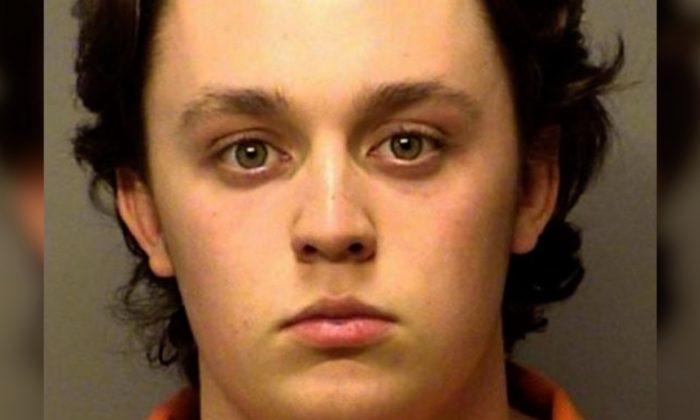 Connor Kerner, 17, has been arrested and charged with two counts of murder after prosecutors say he killed Thomas Grill, 18, during a drug deal gone bad and then shot Molley Lanham, 19, to cover up the crime. (Porter County Sheriff's Office)
Crime and Incidents

An underage male is facing two counts of murder charges in connection with the disappearance of two teenagers, authorities said.

Conner Kerner, 17, of Valparaiso, Indiana has reportedly been arrested and charged with two counts of murder, level one felony, the Porter County Police of Indiana announced in a Facebook post dated March 4, 2019.

Kerner has been charged with the murder of Molley Lanham, 19, and her boyfriend Thomas Grill, 18.

St. John Police Department confirmed the teenagers’ families reported the two missing on Feb. 25, 2019. They were traveling in a black Honda Civic before vanishing, authorities said.

“I killed someone and I killed an innocent girl,” he allegedly told an informant. https://t.co/cJRWKlxmih

That same day, Kerner told a confidential informant he had done something “really bad” and killed both Grill and Lanham, prosecutors said in a court document according to the Chicago Tribune.

The informant initially thought Kerner was joking but, after seeing the missing person posters for the two teenagers, the concerned citizen stepped forward and contacted police.

“I killed someone and I killed an innocent girl,” Kerner allegedly told the informant.

“I killed someone and I killed an innocent girl.”

A Valparaiso High School student has been charged as an adult in the killing of two Lake County teens over what court documents allege was a drug deal. https://t.co/NlNAAbGLtg

Kerner told the informant Grill had allegedly tried to rob him and Kerner shot Grill, missing twice before hitting his target.

According to the affidavit, “Grill fell to the ground and was begging for his life.” However, because Kerner ran out of bullets, he “panicked” and instead “beat [Grill] with a pipe wrench until he died.”

Kerner later invited Lanham, who had been waiting in the car, into the garage. He showing her Grill’s body, and informed her he would let her leave but, if she said anything, she would die.

When she turned to leave, Kerner still “shot her in the head, killing her,” according to the affidavit.

Teen arrested for murder: 17 y.o. charged with murder after police say he shot and killed two missing Indiana teens. Investigators say the suspect then put their bodies in a car—drove to a field and set their car on fire. @ABC7Chicago pic.twitter.com/Ut79ccf7Yk

Kerner placed the bodies into the trunk of the Honda Civic, the same car the two teens had come in, and then drove to a forest area where he lit the car on fire with the bodies still inside, he told the informant.

The informant told detectives Kerner had allegedly planned to hire U-Haul truck, put the car inside, and then dump both vehicles into the Mississippi River, according to the affidavit.

Kerner also reportedly told the informant he had done this before and knew how to cover-up a murder and get away with it, according to the affidavit.

Despite Kerner threatening to kill the informant and their family if they went to authorities about the murders, the informant still stepped forward.

Investigators later found the burned out vehicle with two sets of remains inside.

“The identity of the two individuals inside the vehicle have not been confirmed,” Porter County Police said in a statement. “However, all the evidence obtained at this point at the scene and throughout [the] statements given, point to the individuals being Thomas Grill and Molley Lanham.”

DNA collected from the scene is being sent to the lab for processing, according to the statement.

Kerner has been detained since March 2, 2019 and is continuing to be held without bond, authorities said.

Investigators informed families of the findings and evidence pointing to their murders.

“I want to send my sincere condolences to Thomas Grill and Molley Lanham’s families on the tragedy they are now facing with the heinous death of their children,” Sheriff David Reynold’s said in the statement.

He thanked investigators and the district attorney’s office for working over the weekend to pull the case together.