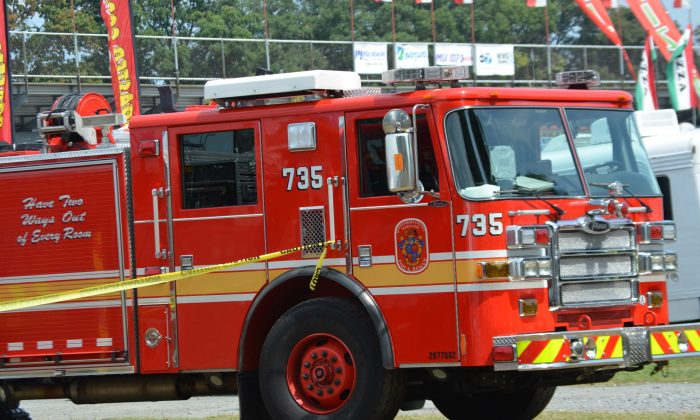 A 13-year-old boy accidentally set off a blazing fire as he tried to kill a bed bug, causing $300,000 in damage, and displacing eight people, according to authorities.

Fire officials said the fire was reported at about 11 p.m. on Tuesday Nov. 28 in Cincinnati, Ohio, according to CBS affiliate WAFB 9.

According to officials, the teenager had been trying to kill the bedbug with alcohol and a match.

“This was accidental. He wasn’t in there just playing with matches. It wasn’t the smartest thing, obviously, but he was trying to get rid of a bed bug,” District 3 Chief Marc Monahan told WAFB 9.

Soon, the boy’s mattress caught on fire, and flames spread to the attic of the 4000 block of Hawaiian Terrace.

The Red Cross worked to find housing for the three adults and five children that were left displaced from the blaze.

One apartment was destroyed and two were very damaged, while a further two have smoke and water damage, according to ABC affiliate WCPO-TV.

The fire in the apartment complex spread through six units before firefighters could contain it, according to cincinnati.com.

Fire breaks out at Mt Airy apartment after a child tries to kill a bed bug with alcohol and a match. 8 people displaced. $300k worth of damage @FOX19 pic.twitter.com/w5nz3R16Yg

In a similar incident in November 2015, a woman from Detroit accidentally started a massive fire when she tried to get rid of bedbugs in her home.

That fire ripped through the 48-unit apartment complex and the roof caved in according to the Detroit Free Press. Nine fire engines were involved in fighting the blaze.

The woman, Sherry Young, described her torment living with bed bugs in her apartment to the Detriot Free Press.

In an effort to eradicate the bed bugs, she decided to turn on her apartment’s stove and oven and left for a day to heat up the apartment, on advice from a neighbor.

She had slept in her car overnight, then doused herself with rubbing alcohol. When she went back into her apartment, she poured rubbing alcohol on the floor and saw it catch fire near the oven.

“I didn’t know that the fumes were so ignitable,” she said. “Had I known that I would not have doused myself before going into the apartment.”

She apologized to her neighbors in a telephone interview with the newspaper.

“I’m so sorry,” she said. “I didn’t mean it. My neighbors … everybody’s displaced because of me.”

The fire was deemed accidental by the Detriot Fire Department. Five people, including Young, were taken to hospital.

Support The Epoch Times by sharing this article on your social networks! Thank you.