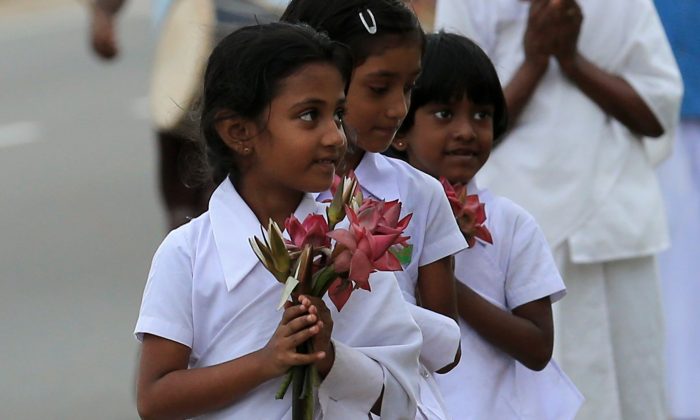 Boxing Day Tsunami: the Resilience and Recovery That Followed

The Dec. 26, 2004, tsunami devastated thousands of communities in countries bordering the Indian Ocean. Both urban and rural areas were destroyed along thousands of miles of coastline. But, in the tsunami’s aftermath, a massive reconstruction and recovery effort was mounted, which has been a spectacular success in many ways.

Communities that the waves had reduced to rubble feel normal today. The rhythms of daily life have been re-established through hard work and perseverance of individuals, families, and communities. This was helped by more than $7 billion in aid that was committed by the provincial governments, national governments, NGOs, and international donors to help not just rebuild communities that had been destroyed but to “build back better.”

Why some places recover after a huge natural disaster, such as the Boxing Day tsunami, and others do not is not fully understood since detailed data on populations before an unexpected disaster seldom exist and only a handful of population-based studies have successfully followed people affected by a disaster over the longer term. To address this gap, we led an international team that established the Study of the Tsunami Aftermath and Recovery (STAR) to better understand the immediate and longer-term impacts of what happened.

The overall impression 10 years after the tsunami is of extraordinary resilience and recovery.

STAR builds on a population-representative survey conducted 10 months before the tsunami by Statistics Indonesia that included 30,000 people who, at the time of the tsunami, were living in nearly 500 communities along the Acehnese and North Sumatran coastlines. Destruction was greatest in this area, where 170,000 people perished.

Within months of the tsunami, we worked together to trace and interview the same people. We interviewed them annually for five years and the 10-year follow-up is now underway. Our study includes communities that were very badly damaged by the tsunami and had a high number of tsunami-related deaths, along with other comparable communities that were nearby but not directly affected.

The tsunami wrought unfathomable destruction to homes, land, and livelihoods. About half a million people were displaced. To understand how the tsunami affected the entire population, it was imperative that we followed people who moved and our team has managed to interview 96 percent of the survivors.

Most of the displaced lost their homes in the tsunami. Many lost family and friends. About half moved to camps that were set up for the displaced. The other half moved to other communities and lived with family or friends or rented homes. Fully two-thirds of the population in badly damaged areas moved away. Five years later, almost all those who moved to a camp have returned but only two-thirds of those who moved elsewhere returned.

Home building was a major component of the recovery effort and 140,000 homes were built. Over half those living in heavily damaged communities have benefited directly from housing assistance and 90 percent of households in those areas own their homes today. This rate, which is slightly higher than its pre-tsunami level, is a steep increase from the 60 percent rate shortly after the tsunami. Today, home ownership rates are the same in heavily damaged and other, comparable areas. While home quality varies, the reconstruction program played a major role in helping families build back a key asset they lost in the tsunami.

The tsunami destroyed livelihoods including crops and croplands, boats, fishing, and aquaculture ponds. Paddies were inundated with seawater rendering them unsuitable for rice cultivation. Before the tsunami, about one in three households grew rice, the staple crop. In areas not inundated by the tsunami, the fraction rose slightly the year after the disaster.

In areas that were flooded, however, nearly two-thirds of farmers permanently switched out of rice. Some switched to other crops but more than one-third of farmers have not returned to farming. Non-farming businesses also suffered. Before the tsunami, about 40 percent of households in tsunami-affected areas ran a business; about 10 percent lost their businesses and these too have not restarted their businesses.

But these people did not stop working. Families did everything they could to shore up their incomes—a response that was seen across all Indonesia at the time of the 1998 financial crisis. Today, men are slightly more likely to be working than they were before the tsunami, while women are far more likely to be. This is because women who had not traditionally been working outside the home helped out in family businesses or took on other work to shore up family income.

The slight increase among men reflects the new work opportunities from the reconstruction effort. For example, the fraction of young men working is much higher in areas heavily damaged by the tsunami, compared to those in less-badly hit areas. Meanwhile, more older men have left the work force at greater rates.

The overall impression 10 years after the tsunami is of extraordinary resilience and recovery. But, from an economic perspective, the reconstruction effort did not benefit everyone equally. Some have benefited enormously, others not so much. Continuing to follow the STAR respondents will provide a richer picture of the longer-term impact of the tsunami and its aftermath on many dimensions of the health and well being of the Acehnese and North Sumatrans.