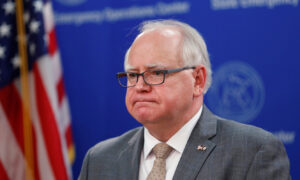 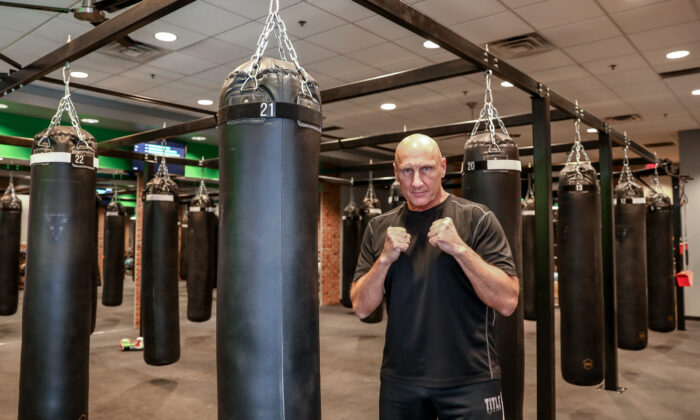 Boxing Club Owner Pushed to Brink: ‘I Have Nothing Left to Lose’

MINNEAPOLIS—Mark Royce and his wife began 2020 with three boxing clubs and a yoga studio. All four businesses were flourishing, and two of the boxing clubs were on the market as they sought to downsize.

By the end of 2020, after months of severe shutdowns imposed by the governor, they had one barely-surviving boxing gym and the yoga studio was squeaking by. They’d been forced to offload the other two boxing gyms in July for peanuts just to get out of the leases, which demanded more than $10,000 a month at each location.

Now they’re entering 2021 unsure of how they’ll pay $3,500 for January’s rent on the boxing gym after squaring away the utility costs.

Gyms and fitness centers have been one of the hardest hit industries in Minnesota as Gov. Tim Walz deemed many small businesses “nonessential” during the pandemic.

Royce has felt forced to open his gym for boxing classes despite the lockdown orders, and he’s covered his floor-to-ceiling windows with paper to stave off the number of people who look in and then call the authorities on him.

“I’m going to teach classes whether the governor says it’s OK or not. This is the only way we can make a living. That’s what our business model is,” Royce said. “Technically we could do virtual classes still, but … you can’t hit a virtual boxing bag.

“I’m fed up and I’m done. I have nothing left. They’ve taken everything from us. They destroyed our business this year. They did. Not a virus. The virus did not do this. Because that place is booming right there—Kohl’s. Target is booming.”

The Kohl’s and Target that share the same parking lot do brisk trade throughout the day, with Kohl’s even displaying a large “Now hiring” banner on its building.

According to Walz, as of Jan. 11, Royce is allowed to run classes at 25 percent capacity with members required to wear masks during their hard cardio workouts. For months during 2020, Royce was ordered to be closed completely.

Upon the initial two-week closure in mid-March—which lasted until mid-June—Royce immediately lost 25 percent of his members. Membership numbers continued to dwindle all year and he’s currently down 72 percent.

Between the loss of revenue and having to offload two previously successful businesses, Royce estimates he’s lost at least $800,000 since March 2020. “This location alone, we’ve lost $230,000,” Royce said from his STRIKE Fitness studio in Rogers, a suburb of Minneapolis.

STRIKE first opened in April 2019 as a Title Boxing Club franchise, adding to the other two franchises Royce owned.

“To open up a Title Boxing Club franchise, it’s about $250,000—that’s build out, franchise fees, everything, and then you have zero members to start,” he said. “It’s a lot of money to open one of these up.”

In July 2020 when he sold the other two franchises, Royce negotiated out of the Title franchise and went independent as STRIKE. That saved him about $3,000 per month in franchise fees, which was crucial for survival by that stage.

“I mean, in February and March [2020], before the pandemic hit, we would get three to four inquiries a day for memberships. We’re getting three to four a month right now,” he said.

Royce is outraged by what he sees as arbitrary orders from the governor.

He has friends who live in Stillwater, Minnesota, who drive across the St. Croix River and go work out in a fully open gym in Hudson, Wisconsin.

Wisconsin’s population is a couple of hundred thousand more than Minnesota’s, and the COVID-19 deaths are several hundred lower, but the lockdown measures haven’t been as harsh or for as long.

Royce made the comparison between sitting on a full plane for a multi-hour flight, while drinking, eating, and talking, but not being able to sit in a well-spaced restaurant for an hour with friends for a meal.

“It’s preposterous, the whole entire thing is,” he said. “I don’t know how they think this is going to do good. When the bars and restaurants, if 50 percent of them close, all those jobs are lost—you’re talking thousands and thousands of jobs.”

The fitness industry often runs off part-time employment, and at Royce’s club it’s no different. His seven employees have now dwindled to three. He and his wife haven’t taken a paycheck since March 2020.

He received some federal Paycheck Protection Program money, but it only eased the financial pain for about a month before it was used up. He also received a $5,000 one-off grant from the state. A friend also just started a GoFundMe to help out.

In May 2020, when Walz said he’d allow gyms to open, but then retracted it, Royce opened one of his locations anyway.

“I taught one class, then the Ramsey County Sheriff’s Department showed up and they blocked our doors,” he said.

Both he and his wife have attended protests against the governor’s lockdowns since April, but Royce thinks it’s at the point where every small business should just open.

He blames fear mongering from the mainstream media for creating so much fear that people will snitch on desperate business owners who open to survive.

“It’s insane. I mean, they’re proud of themselves for doing it. I think they feel like they’re going to get a trophy for actually calling on somebody and ruining their business and ruining their lives,” he said. “I guarantee you [risk of infection] is 10—it’s 100 times more at Target right over here. I guarantee it.

“We need to get out. No more quarantining the healthy.”