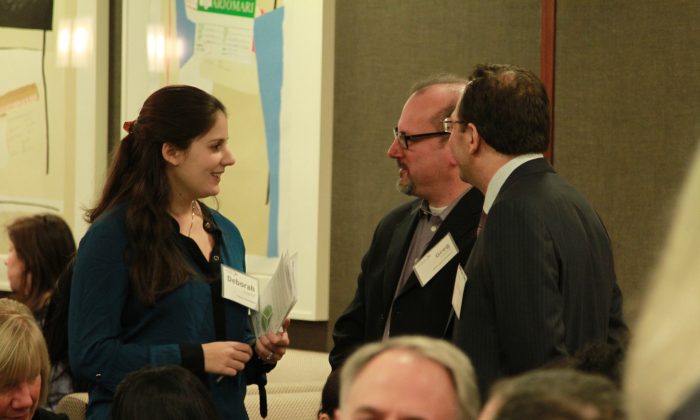 Those of us who are tuned-in to the business bottom line sabotage connected to gender inequality in the workplace have certainly read the related articles and even memorized the statistics. We know by now, for instance, that a 2007 Catalyst study found financial out-performance by companies with a higher representation of women board directors vs those with the least, to the tune of 53% in return on equity, 42% in return on sales, and 66% in return on invested capital.

The writing is on the wall that a trend toward gender parity in the workplace can only be good for business. So, why is there still such resistance by companies to implement the necessary restructuring? Why is there a disconnect between saying “yes, we need to do this” and the follow-through of taking the challenge by the horns? Perhaps workplace parity would be easier to get our hands around if both men and women could see it from a more personal angle.

Getting Men On Board

As of this moment, more than 50% of college graduates are women. Simultaneously, more women than ever are lined up at our company doors, desiring robust careers. Clearly the subconscious bias about men holding careers to support their families while women professionals are “in it for fun” is a discredited myth. Thus, the time has come to get creative about communicating with corporate leadership (which is disproportionately male) at an emotional level. We must help men understand how they can help women, demonstrating in the process that parity is not something with which they need to “put up with”, but rather something they will feel naturally inclined to embrace. One approach is to reveal how investing in leadership equality would revolutionize their family lives.

The Case For Home Life

Women’s leadership is pivotal in perpetuating today’s cultural realignment at home as well as in the workplace. The reshuffling of old-fashioned family roles in the US has been evident for over four decades now, but our domestication mindset remains in a lopsided state. Women can restore balance to this formula by shedding light on career/family assimilation, resulting in a more fulfilled future for themselves and for the entire family unit. For instance, transcending the assumption that the woman is best suited to be the primary caregiver will allow motivated and qualified husbands/fathers to assume that function. Then, consider parity in pay, and the freedom it offers couples to organically decide how to manage household roles and expenses. Think also of the kids. By demonstrating equality in the home, we’ll be sending a positive message to the next generation of career builders and entrepreneurs about gender parity.

The World Economic Forum recently predicted that leadership parity won’t be achieved until 2095. My strategic partner Take The Lead, a women’s movement focused on heading the charge to achieve workplace parity, has pondered this forecast and agrees that an 80-year wait is unreasonable. They have launched a campaign asking people and organizations to sign a statement committing us to work toward reaching parity in just 10 years. The 25 Not 95 Pledge Campaign, in its first 2 weeks, already has a lengthy roll call of impressive and dedicated individuals. I’ve signed on, and I invite you to do the same today. Link to the pledge here, and learn more on www.TakeTheLeadWomen.com.