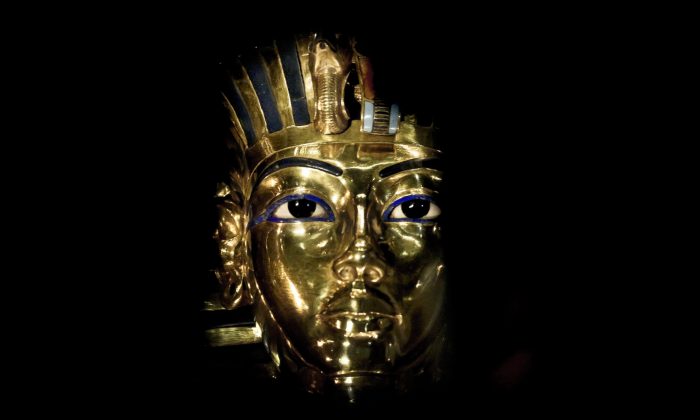 The gold mask of King Tutankhamun is displayed in its glass case, in the Egyptian Museum near Tahrir Square, in Cairo, Wednesday, Dec. 16, 2015. (AP Photo/Nariman El-Mofty)
Science

CAIRO—Eight Egyptians involved in a botched repair of the famed golden burial mask of King Tut, which was corrected late last year, have been referred to trial for “gross negligence.”

Prosecutors said in a Sunday statement that the 3,300-year old mask, whose beard was accidentally knocked off and hastily glued on with epoxy in 2014, was scratched and damaged as a result.

The mask was put back on display last month after a German-Egyptian team of specialists removed the epoxy and reattached the beard using beeswax, which is often used as an adhesive for antiquities.

Restoration specialist Christian Eckmann said a year ago that the cause of a scratch discovered on the mask had had not been determined, but that it could have been recent.