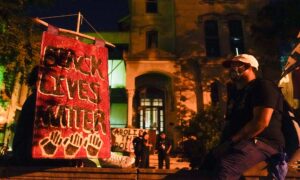 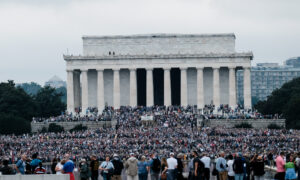 The 10-foot-diameter pipe burst and began leaking water into the Charles River at the rate of 8 million gallons per hour. The Massachusetts Water Resources Authority (MWRA) activated its backup water supplies at area reservoirs, which were untreated and did not meet federal standards for clean drinking water. Gov. Deval Patrick put a “boil water” order into effect.

Bostonians and people in surrounding areas rushed to supermarkets in search of bottled water. One downtown Boston supermarket sold its last bottle of water at around 8:00 p.m. An angry customer ran out of the store, saying, “Don’t even think about going in if you're looking for water!”

At 4:30 a.m. on May 3, MWRA’s site announced that the welding of the pipe break had been completed, and by 7:00 a.m. that morning they announced that the pipe had been repaired and that communities affected were in the process of submitting their water samples for testing. Test results determining if the water is safe to drink are necessary before the governor can lift the boil water order.

The boil water order crushed local restaurants, especially coffee shops. Bostonians were made to commute without their morning coffee. Restaurants have not yet been able to fully assess the economic impact of the disaster.

Although many contaminates can get into drinking water, the largest concerns are Cryptosporidium and Giardia. People with lowered immunity, the very old, and the very young are often at a greater risk from the organisms. These parasites cause stomach cramps, nausea, and other symptoms. Boiling water kills them. If a person is infected, symptoms do not typically develop for around one week from the time of exposure.

The boil water order, which lasted three days, was lifted Tuesday morning by Governor Patrick. Safe drinking water was restored to all 30 MWRA communities. Governor Patrick said in a press release, “Thanks to the efforts of MWRA and the whole team of state agencies who have responded to this emergency, the people of Boston and surrounding communities can once again rely on the safety of their tap water for drinking. With a few simple steps, residents and businesses can now go back to normal water use, with full confidence.”