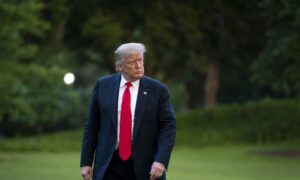 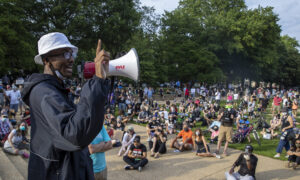 Group Fails to Take Down Emancipation Statue Before Attacking Reporters
0 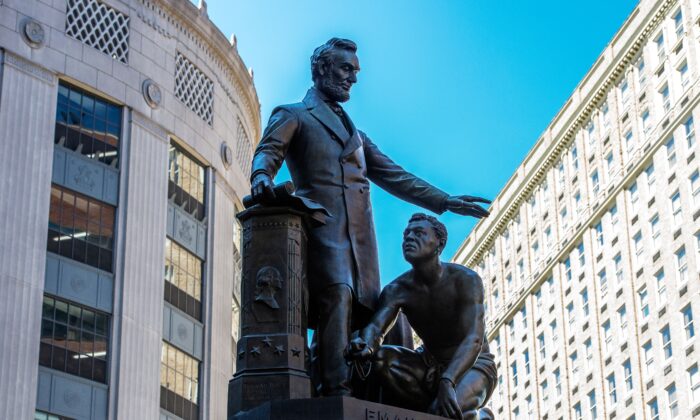 The Abraham Lincoln Statue, erected in 1879, by Thomas Ball, in Park Square in Boston, Massachusetts, on June 16, 2020. (Joseph Prezioso/AFP via Getty Images)
US News

Boston officials voted this week to remove a statue that shows former President Abraham Lincoln and a freed slave who is breaking free from his chains.

“What I heard today is that it hurts to look at this piece, and in the Boston landscape we should not have works that bring shame to any groups of people, not only in Boston but across the entire United States,” Ekua Holmes, vice-chair of the Boston Art Commission, said in a statement after the commission voted unanimously to remove the statue.

Lincoln abolished slavery in the 1860s. The freed slave depicted on the statue, Archer Alexander, helped the Union Army, escaped slavery, and was recaptured under the Fugitive Slave Act.

The statue is a replica of the Emancipation Memorial that sits in Washington, D.C.

According to the commission and some members of the public, the depiction of Alexander is racist.

“I’ve been watching this man on his knees since I was a kid. It’s supposed to represent freedom but instead represents us still beneath someone else,” Tory Bullock, a local resident who started a petition calling for the statue’s removal, wrote on the petition’s website.

The petition was cited by the commission in its announcement of the vote.

Commission members weighed a number of options, including keeping the statue in place but adding additional educational information; removing the statue and placing it at another site, such as inside a museum; or removing it and also formally removing it from the city’s collection.

While respondents to an online poll said the commission didn’t make the right decision, the commission said during its meeting that 645 people, including an estimated 377 Boston residents, who responded to a survey wanted its removal. The most popular choice was to remove the statue and commission a new work of art to replace it. The other two top choices also involved removing the statue.

Of the 166 letters the commission said it received, 121 were in favor of removing it.

Many speakers at the virtual hearing before the vote said they supported the removal, but not all.

“It should stay up for historical reasons and for the fact that his life story has been silenced for so long, as has been most of black history,” said Cedric Turner, who said he’s a descendant of Archer Alexander.

City Councilor Kenzie Bok said she grew up near the statue.

“I have felt my whole life uncomfortable about the depiction and the kind of racial dynamics at play,” she said.

The statue hasn’t yet been removed. A decision on when exactly to take the statue down will be made at the commission’s next meeting on July 14.

President Donald Trump, a Republican, said during an interview last week with Fox News that he sees the freed slave on the statue in the position of getting up.

“He’s being freed by Abraham Lincoln. And I can see controversy, but I can also see beauty in it,” Trump said.

Radicals tried tearing down the Emancipation Memorial in Washington last week but failed to do so after officers put fencing around it.

Rep. Eleanor Holmes Norton, a D.C. Democrat delegate, introduced legislation to remove the statue. She said she wants it moved to a museum.

“The statue fails to note in any way how enslaved African Americans pushed for their own emancipation,” she said in a statement.

Another statue of Lincoln located at a Wisconsin school was targeted by some for removal but will stay in place for now.