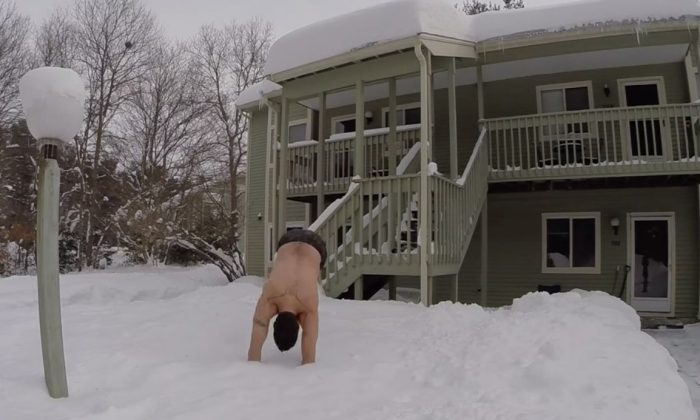 Boston Mayor to Bostonians: Do Not Dive, Swim in Mounds of Snow

Please, Boston residents, don’t use snow as a swimming pool.

That’s essentially what the mayor of Boston, Marty Walsh, told residents this week after videos of Bostonians showed people jumping off the roofs of their homes or other high places into big piles of snow. There were even videos of residents “swimming” in the snow.

Boston has been hammered by blizzards this winter. In two weeks, almost 4 feet of snow fell on the city. About 8 feet of snow has fallen overall this season.

“I’m asking people to stop their nonsense right now. These are adults jumping out windows. It’s a foolish thing to do, and you could kill yourself,” Walsh said, according to the Boston Herald.

“This isn’t Loon Mountain, this is the city of Boston, where we’re trying to remove snow off of the street and it becomes very dangerous. And the last thing we want to do is respond to an emergency call where somebody jumped out of the window because they thought it was a funny thing to do,” Walsh noted.

February has been the snowiest month ever in the city.