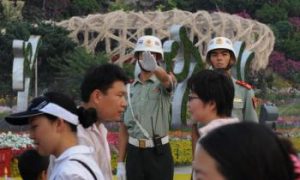 Trouble for Chinese Who Speak to Foreign Media
0 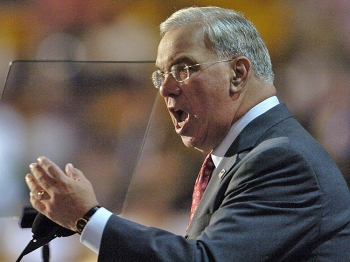 In the category of Resident awards, the GreeningRozzie organization received the Climate Leader award. It is a resident-run community group based in Roslindale, Mass. that uses grass-roots actions such as educational projects for renewable energy, home energy efficiency, water conservation, and local food production. Mark and Etta Rosen were given the award for the Green Roof award after installing a green roof on their LEED certified home.

Winning businesses included Northeastern University in East Fenway for its development of a multidimensional sustainability strategy to achieve carbon neutrality in the long term. The Museum of Science was honored for developing an Environmental Sustainability and Green Building Committee to reduce energy consumption and environmental impact. The Urban Edge Housing Corporation in Roxbury won for renovating housing to meet LEED certification standards for use by Boston Neighborhood Network.

In the new category of Sustainable Food Leadership, Boston Organics received an award for delivering seasonal and organic produce to homes. The Rox Diner in West Roxbury won for its practices of food sustainability including its commitment to buying only from local businesses, purchasing bread and muffins from nearby towns, and recycling its cooking oil to a local company that converts it to biofuel.

However, controversy exists as to what kind of sustainable food practices matter for the environment. In an op-ed piece published in the New York Times in August of last year, Stephen Budiansky wrote that it is a widely held misconception that buying locally grown food is extremely important for leading a sustainable lifestyle.

Industrial agriculture, he stated, is not what eats up the country’s energy resources but rather home preparation and storage. Households, with all the energy that goes into running their refrigerators, lights, and dishwashers eat up some 22 percent of all energy expenditures in the United States, according to Budiansky.

Perhaps, offering awards for sustainable food practices is not necessary, however, it couldn’t hurt.