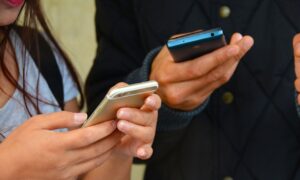 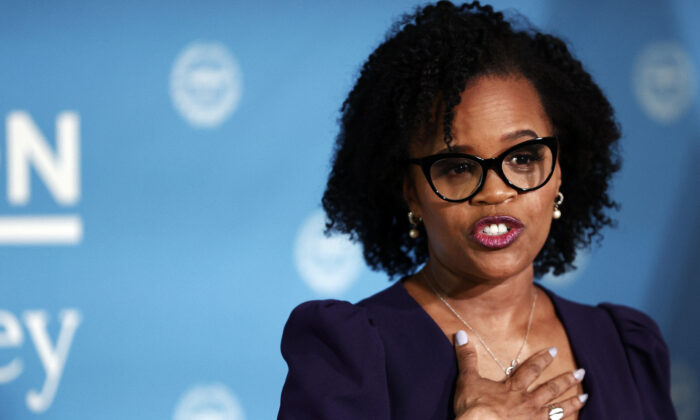 “We want to make sure that we are giving every opportunity for folks to get vaccinated. When it comes to what businesses may choose to do, we know that those types of things are difficult to enforce when it comes to vaccine,” Acting Mayor Kim Janey, a Democrat, told reporters in a gaggle.

“There’s a long history in this country of people needing to show their papers. During slavery, post-slavery, as recent as—you know what immigrant population has to go through here. We heard [former President Donald] Trump with the birth certificate nonsense. Here we want to make sure that we are not doing anything that would further create a barrier for residents of Boston or disproportionally impact BIPOC communities.”

BIPOC stands for black, indigenous, and people of color.

Janey said the government wants to work closely with community organizations to make sure of broad access to the vaccines and that she backs employers who want to encourage their workers to get vaccinated.

The comments drew some pushback from rivals who are competing in the mayoral race.

“When we are combating a deadly virus and vaccine hesitancy, this kind of rhetoric is dangerous,” city Councilwoman Andrea Campbell said on Twitter. “Showing proof of vaccination is not slavery or birtherism. We are too close to give ground to COVID. Science is science. It’s pretty simple—Vax up and mask up.”

“Anyone in a position of leadership should be using that position to build trust in vaccines,” said Michelle Wu, another city councilwoman.

According to Boston officials, about six in 10 residents were fully vaccinated against the CCP (Chinese Communist Party) virus, which causes COVID-19, as of July 27. Nearly half of them are white, with vaccination rates lagging among blacks and Hispanics.

New York City earlier on Aug. 3 announced that proof of vaccination, or vaccine passports, will be required to enter many establishments, including restaurants and gyms.

“The only way to patronize these businesses indoors is if you’re vaccinated,” Mayor Bill de Blasio, a Democrat, said at a press conference. “If you want to participate in society fully, you’ve got to get vaccinated.”

The mandate may expand to other businesses, including supermarkets, a health official told The Epoch Times.

Janey became acting Boston mayor after Marty Walsh joined the Biden administration as secretary of labor. The preliminary election for the seat is slated for Sept. 14, with the general election in November.

Janey’s office later issued a statement in which the acting mayor added context to her remarks.

“While there are no current plans for business sector vaccination mandates, we are using data to inform targeted public health strategies. This includes meeting with restaurants and bars to discuss overlaps between their clientele and new COVID-19 case trends. We are working with the hospitality sector to provide vaccine access and information for customers in the form of signage, social media graphics, and on-site vaccination clinics,” she said.

“COVID-19 cases have increased in Boston with the emergence of the Delta variant, but we are still well below threshold levels that have guided policy decisions throughout the pandemic. Work with our business community will continue, as we learn to live with COVID-19.”