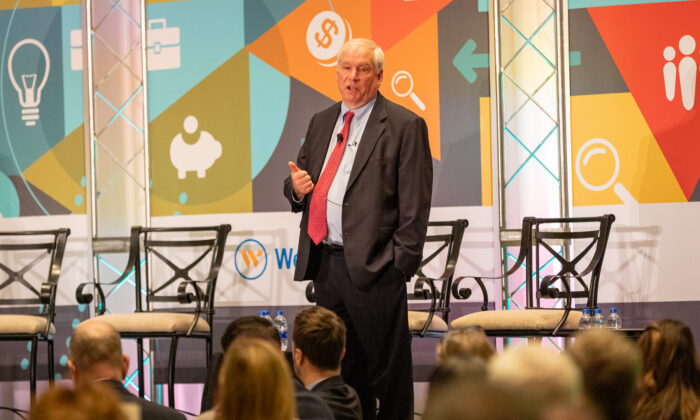 Boston Fed Chief to Retire Early Due to Health, With Ethics Concerns Over Trades in Background

Boston Federal Reserve President Eric Rosengren says that he’s retiring nine months ahead of schedule, citing deteriorating health from a longstanding kidney condition, with the announcement following recent controversy over trades he made during the pandemic.

The announcement, which came in a Sept. 27 letter (pdf) to Federal Reserve Chairman Jerome Powell, follows an uproar over trades he made in 2020, which were permitted by the Fed’s ethics rules but sparked criticism over potential conflict of interest.

Rosengren said in the letter he was resigning ahead of his scheduled retirement in June 2022—when he would have reached the mandatory retirement age of 65—”to address some serious health issues that worsened in the last 18 months and must be addressed.”

“It has become clear that I should aim to reduce my stress so that I can focus on my health issues, and postpone for as long as possible my need for kidney dialysis,” Rosengren wrote in the letter, in which he disclosed he qualified last year for a kidney transplant list.

Rosengren has served as the chief of the Boston Fed since 2007. His successor will become a voting member of the Fed’s rate-setting body, with a Boston Fed statement indicating preparations to appoint Rosengren’s replacement are well underway.

His retirement announcement follows revelations in a Wall Street Journal report earlier in the month that he bought and sold securities in real estate investment trusts in 2020, a year that the Fed took extraordinary measures to boost the economy and buoy financial markets in the face of the pandemic. Dallas Fed President Robert Kaplan also came under fire for making a number of individual stock trades during that period.

Both Kaplan and Rosengren said they would refrain from any share trading while holding leadership roles at their respective institutions, and promised to sell all their stock holdings by the end of September and put the proceeds into passive investments.

“Regrettably, the appearance of … permissible personal investment decisions has generated some questions, so I have made the decision to divest these assets to underscore my commitment to Fed ethics guidelines,” Rosengren said in a statement. “It is extremely important to me to avoid even the appearance of a conflict of interest.”

After the stock trade revelations, Powell ordered a review of ethics rules around holdings and other financial activities by senior Fed employees.

Last year, the Fed dropped interest rates to near zero and set out on a massive asset-buying program, making around $120 billion in monthly purchases of Treasury and mortgage securities.