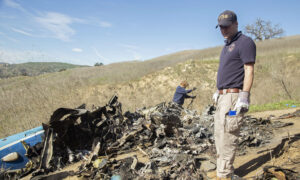 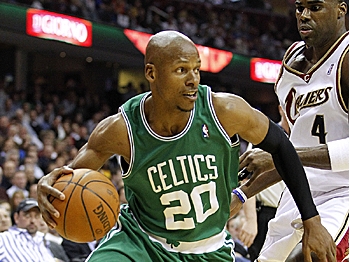 Perhaps James should focus more on his own game rather than worrying about someone else’s abilities.

James went 3–14 from the field, including 0–4 from 3-point range, to finish with 15 points in the 120–88 blowout loss to the Celtics at the Quicken Loans Arena in Cleveland on Tuesday night. It was the worst home playoff loss in Cavaliers history.

What began as a tight game with a 50–44 score at halftime quickly turned into a Boston rout in the third quarter.

Ray Allen made two back-to-back 3-pointers to extend the lead to 12 before the Cavs had time catch their breath barely a minute into the quarter. Boston outscored Cleveland 30–19 in the quarter.

It was all Celtics for the rest of the game, as the Cavs never mounted a comeback of any sort. Allen led all scorers with 25 points and six 3-pointers as six Boston players scored in double figures.

James took off his elbow sleeve early in the fourth quarter but continued to struggle offensively. Paul Pierce defended James well and said after the game, “You just want to put ball pressure on him, make him make quick decisions.”

Shaquille O’Neal led the Cavs with 21 points, which is not a good statistic for the No. 1 seed in the Eastern Conference. If O’Neal is leading Cleveland in scoring, it can only mean that the trio of James, Mo Williams, and Antawn Jamison is badly underachieving.

Rondo was held scoreless until 2:13 into the third quarter, but he exploded for 12 points in the pivotal quarter and finished with 16 points and 7 assists. Rondo ran the team extremely well by getting his teammates involved and creating and maintaining the pace of the game to suit the Celtics.

Game 6 will be in Boston on Thursday night. The Celtics already view as a must-win game.

“We cannot come back here, period, point blank,” forward Kevin Garnett said. “We have to think this is our Game 7 coming up. We cannot afford to have the best team in the league have a Game 7 on their floor. Just not possible.”