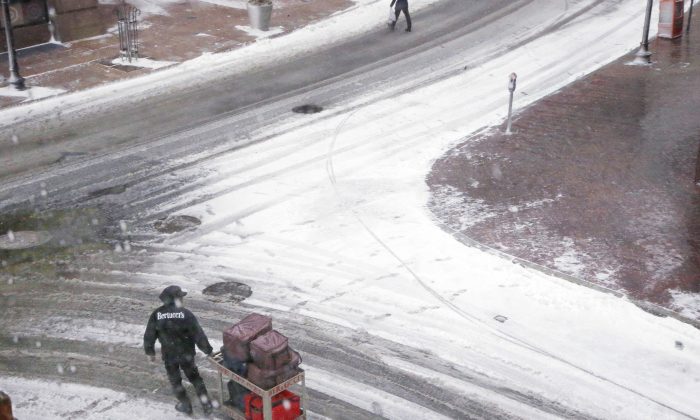 An employee of Bertucci's restaurant pulls a cart full of catering through the snow-covered streets of the Financial District in Boston on Feb. 9, 2017. (AP Photo/Stephan Savoia)
US

The mayor says classes will be canceled Friday as the region continues to get battered by a fast-moving snowstorm blanketing much of the northeast.

A blizzard warning remains in effect for south coastal Rhode Island and Massachusetts.

The National Weather Service says most areas in the region should expect 12 to 15 inches of snow, but some parts could see as much as 20 inches.

The storm is expected to last into the evening and possibly overnight.