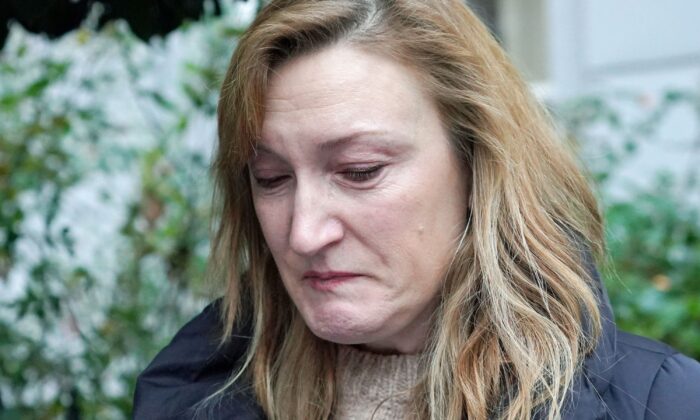 Allegra Stratton quit after her remarks were caught on video. (Jonathan Brady/PA)
UK

A senior aide to British Prime Minister Boris Johnson has quit over a leaked video clip showing her and other officials joking about a Downing Street Christmas party during last year’s COVID-19 lockdown.

Johnson and other government ministers had repeatedly denied claims, first reported by the Daily Mirror newspaper a week ago, that Downing Street staff held a party on Dec. 18, 2020, in violation of lockdown rules.

But leaked footage obtained by ITV showed former press secretary Allegra Stratton laughing with other Downing Street staffers as she appeared to rehearse answers to questions over a lockdown-busting Christmas party.

On Wednesday afternoon, Stratton resigned from her role as the prime minister’s spokeswoman for the COP26 climate summit, and apologised for her remarks in the footage.

In a tearful resignation statement outside her home, Stratton said: “My remarks seemed to make light of the rules, rules that people were doing everything to obey. That was never my intention. I will regret those remarks for the rest of my days and I offer my profound apologies to all of you at home for them.”

Stratton told reporters: “Working in government is an immense privilege. I tried to do right by you all, to behave with civility and decency and up to the high standards you expect of Number 10.”

She said she understood the “anger and frustration” people feel, saying: “To all of you who lost loved ones, who endured intolerable loneliness and who struggled with your businesses, I am truly sorry and this afternoon I am offering my resignation to the prime minister.”

Earlier, at the Prime Minister’s Questions in the House of Commons, Johnson said that he was “furious” to see the clip as he could understand “how infuriating it must be to think that people who have been setting the rules have not been following the rules.”

The prime minister apologised “unreservedly” for “the impression that it gives,” but emphasised that he had been “repeatedly assured” by his staff that “there was no party and that no COVID rules were broken.”

He said he had ordered Cabinet Secretary Simon Case to conduct an internal investigation into the allegations, adding, “It goes without saying that if those rules were broken, then there will be disciplinary action for all those involved.”

Labour leader Keir Starmer said: “Millions of people now think the prime minister was taking them for fools, that they were lied to.” He said Johnson has been “caught red-handed” and his credibility in enforcing COVID-19 rules had been damaged.

The leaked video also fuelled anger among backbench Conservative MPs. Sir Charles Walker, a former vice chairman of the 1922 Committee of backbench Tory MPs, said the government is likely to find it “almost impossible” now to introduce CCP (Chinese Communist Party) virus restrictions as a result of the ongoing saga.