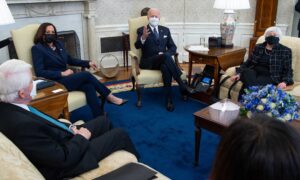 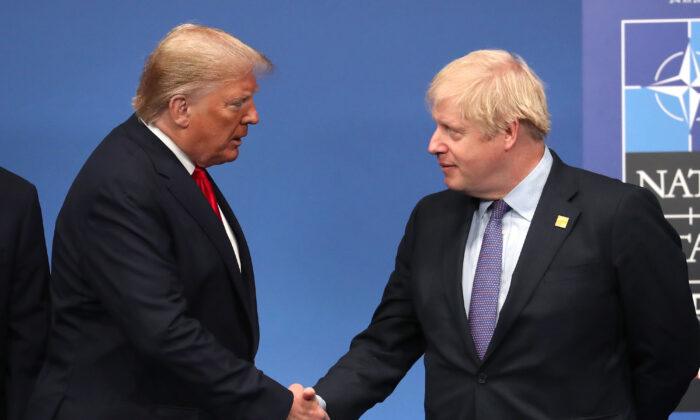 Boris Johnson is sometimes likened to Donald Trump—a British-style populist, albeit one who can recite chunks of Homer’s “Iliad” in the original Greek. In truth, many of his positions are closer to those of President Joe Biden. Tackling climate change and biodiversity loss would be his government’s “number one international priority,” Johnson wrote in a foreword to the British government’s integrated security, defense, development, and foreign policy review released last week.

In a severe case of John Kerrynomics—the belief that decarbonization makes countries richer—the integrated review states that the foundations of Britain’s future prosperity will be built on cutting greenhouse gas emissions. Imposing artificial constraints on economic activity cannot make a country richer; the only question is how to minimize the cost of the constraint.

With Britain hosting this year’s U.N. climate conference, we can expect lots of green virtue signaling. Britain has reduced its national emissions by at least 68 percent compared to 1990 levels, the review boasts. The truth is less flattering. The decline in Britain’s production emissions started in the 1970s, long before any worries about global warming, and reflects the decline of Britain’s uncompetitive manufacturing sector. But the nation’s consumption emissions, which include those embedded in imports, continued to rise and peaked only in 2007. It took until 2015 for consumption emissions to fall back to their 1990 levels.

As president, Trump lauded an era of American energy dominance. Fracking turned the United States into the world’s largest producer of hydrocarbon energy. Britain has extensive shale deposits, too, and Johnson’s two conservative predecessors wanted to emulate America’s fracking success to boost some of Britain’s most disadvantaged regions. But shortly before the December 2019 general election, the Johnson government slapped what it said was a temporary moratorium on fracking. After the election, the ban effectively became permanent. Fracking is now dead in the U.K.

Britain’s anti-energy policies don’t stop there. A proposal for a new, entirely private-sector coal mine in West Cumbria would, its backers say, employ 500 people and create more than 1,500 indirect jobs in the region. No prizes for guessing what Trump would have done. For Johnson, the new mine is an unalloyed embarrassment. On the one hand, he won the 2019 election with a string of majorities in English Red Wall seats—predominantly working-class constituencies that had reliably voted Labor, like the one where the mine would be situated. On the other, there was the optics of Britain’s climate leadership.

Even though the coal would be turned into coke for use in steelmaking, environmentalists were up in arms. Coal has “no future,” Biden climate envoy Kerry told the British government, though the Biden administration has yet to bring that message to the 386,000 workers in the American steel industry. So ministers decided to review the planning application with a view to blocking it.

Corporate taxation also shows how much closer Johnson is to Biden than Trump. The Tax Cuts and Jobs Act passed in Trump’s first year created a single 21 percent tax rate for U.S. corporations. In this month’s budget, the Johnson government announced that the corporate tax rate would go up from its current level of 19 percent to 25 percent in April 2023, the first time the rate has been hiked since 1974. The Treasury calls it a “fair, progressive way to continue to fund public services” and reckons it will increase corporate tax revenues from their pre-pandemic level of £48.4bn ($67.5bn) in 2019–20 to £85.3bn ($118.9bn) in 2025–26. Good luck with that.

But there’s one Johnson divergence from Trumpism that would make his new friends in the Biden administration look askance. During a Downing Street round table with Chinese businesses last month, the prime minister declared himself “fervently Sinophile.” The government’s integrated review acknowledges China’s increasing “international assertiveness” and sees it as “the biggest state-based threat to the U.K.’s economic security.” At the same time, Britain seeks to develop a “positive trade and investment relationship” with China.

Bolstering a regime that sees economic power as integral to its rise as a world power is foolishness of the highest order. Johnson’s accommodating trade and investment policies give Beijing even more leverage over its weaker economic partner. While the Biden administration has not hesitated in calling out China for the Uyghur genocide, the Johnson government is using every available parliamentary maneuver to avoid giving the House of Commons a vote on whether China is committing such atrocities. When the chips are down on the biggest geopolitical threat of our age, we know which side Britain under Boris Johnson will be on. Not America’s.

Rupert Darwall is a senior fellow of the RealClear Foundation and author of “Green Tyranny: Exposing the Totalitarian Roots of the Climate Industrial Complex” and the report “The Climate Noose: Business, Net Zero, and the IPCC’s Anti-Capitalism.”