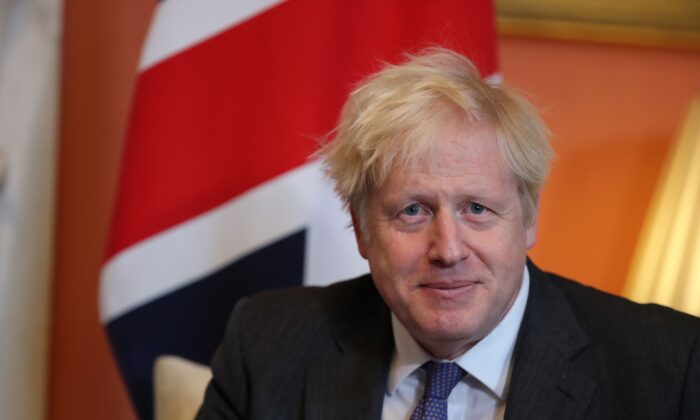 British Prime Minister Boris Johnson said on Thursday there is now a “strong possibility” that the UK will not strike a trade deal with the European Union before the Brexit transition period ends on Dec. 31.

“Australian relationship” is a euphemism for no-deal Brexit, as Australia, unlike Canada, does not yet have a free trade agreement with the EU.

Talking to the media on Thursday, Johnson criticised the EU for seeking “equivalence” between the two sides, “which basically means whatever new laws they brought in, we would have to follow or else face punishments, sanctions, tariffs, or whatever.”

By doing so, the EU is trying to keep the UK “locked in the EU’s orbit,” he said.

Another sticking point has been fishing rights. Johnson said it is “no good” if Britain does not have full control over its waters after quitting the EU.

Johnson said Britain would continue the talks and he himself would go to Brussels, Paris, or Berlin to try to get a deal.

But he said, “now is the time for the public and for businesses to get ready for January 1st, because believe me, there is going to be change either way.”

Now is the time for the public and businesses to get ready for the Australian option on January 1st. pic.twitter.com/lLJfmIy9XI

Earlier on Thursday, the European Commission unveiled a series of “targeted contingency measures” to prepare for the possible “no-deal” scenario.

“Negotiations are still ongoing. However, given that the end of the transition is very near, there is no guarantee that, if and when an agreement is found, it can enter into force on time,” Commission President von der Leyen said.

“Our responsibility is to be prepared for all eventualities, including not having a deal in place with the UK on Jan. 1, 2021. That is why we are coming forward with these measures today.”

The UK officially left the EU in January 2020 but trading arrangements—such as tariffs and quotas—have remained unchanged during the Brexit transition period, which will end on Dec. 31.

If no trade deal with the EU is reached by then, Britain will default to trading with the 27 EU countries under World Trade Organization (WTO) rules.