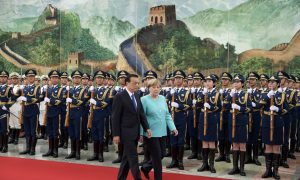 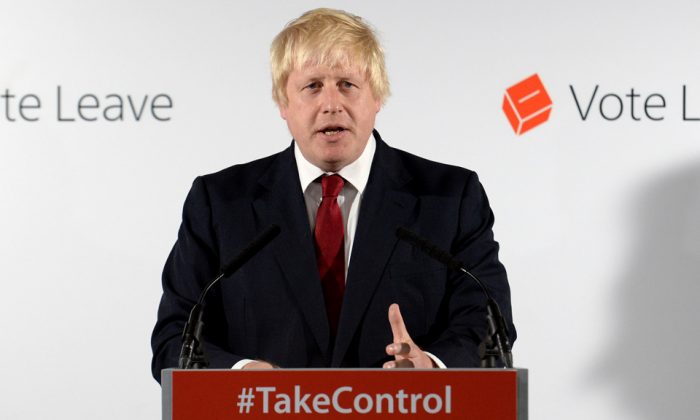 LONDON—Boris Johnson emerged Friday as perhaps the biggest winner in Britain’s shock move away from the European Union.

The shaggy-haired and buffoonish former London mayor stands out as a possible successor to David Cameron, who announced Friday he will resign after failing to convince Britons to remain in the EU.

Johnson struck a statesmanlike pose Friday, not speaking publicly until Cameron had resigned and informed Queen Elizabeth II about his decision. Then he used a brief speech to proclaim a proud new day for Britain without announcing an interest in becoming Conservative Party leader and prime minister.

In part, that’s because he didn’t have to. It’s widely assumed that Johnson, 52, has his eye on the prime minister’s residence at 10 Downing Street.

Cameron said a new leader should be chosen before the party conference in October and some betting companies made Johnson an instant favorite.

Political scientist Tim Bale at Queen Mary, University of London, said Johnson is the leading candidate because of the positive publicity generated by his performance at the helm of the “leave” campaign during the EU referendum.

“Clearly I think Boris Johnson has to be the favorite,” Bale said. “He’s got huge momentum behind him. I think he was seen as the face of the victorious leave campaign. He has an awful lot of support in the Conservative Party membership.”

If the EU referendum gives him a pathway to the top spot, it will be a huge payoff for Johnson’s risky decision to break his longtime alliance with Cameron and align himself instead with Nigel Farage, the euroskeptic leader of the U.K. Independence Party, which has only one member of Parliament.

At the time, public opinion polls had for months shown the British public favored staying inside the EU, and a defeat on that front might have set Johnson’s leadership march back for years.

Johnson gets part of the credit for turning voters around with an unorthodox, sometimes shambling and seemingly disorganized approach to campaigning. He rarely seemed to be speaking from a script or caring about his appearance or good visuals, instead riding around the country on a “battle bus,” emblazoned with hyperbolic slogans about the financial benefits of leaving the EU.

Johnson kept his distance from the provocative Farage, but found himself endorsing some of Farage’s policy points, including the proposed introduction of an Australian-style point system that both claim would give Britain firmer control over immigration.

Despite his unconventional approach, Johnson’s trajectory has been quite focused. The American-born politician attended elite schools (he was with Cameron in Eton and Oxford) and worked as a journalist before entering Parliament.

As London mayor, he played a major role at the 2012 Olympics and seemed quite comfortable telling visitors over and over that London was the greatest city in the world.

Even some people who have their doubts about Johnson’s credibility believe he might be an effective prime minister and a strong advocate for Britain.

Marketing manager Annett Middleton said she disagrees with Johnson’s stance on the EU and is not sure she completely trusts what he says, but she believes he could do well at Downing Street.