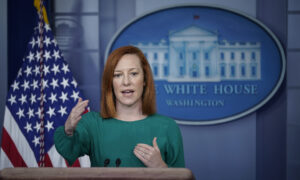 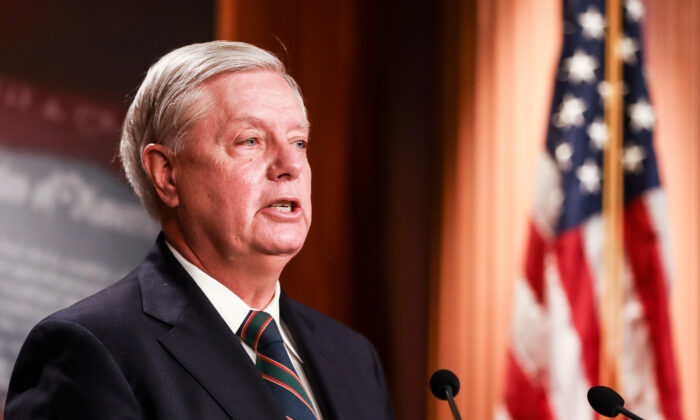 “It’s going to be really hard to get a bipartisan bill put together on anything that has a legalization component until you stop the flow,” he told reporters on Capitol Hill.

The situation has sparked the reopening of shuttered border facilities to house unaccompanied children and the designation of a convention center in Houston to hold up to 3,000 immigrant teenagers.

Biden’s rollback of former President Donald Trump’s immigration policies, including allowing asylum seekers into the country to wait for their claims to be heard, is contributing to the surge, experts told The Epoch Times.

“The administration has signaled to individuals who are considering coming to this country that its policies are much different from the Trump administration,” Andrew Arthur, resident fellow in law and policy for the Center for Immigration Studies, said in a recent interview.

Biden in a legislative proposal sent to Congress on his first day in office advanced creating a pathway to citizenship for the estimated 11 million immigrants in the U.S. illegally. He also wants to cut down on waiting time for some visas, enhance border technology, and help Central American nations in hopes of reducing the need for people to leave those countries.

Congressional Democrats largely align with Biden on immigration and the White House has said it is working with Republicans on the issue. But Sen. Dick Durbin (D-Ill.), Senate majority whip, joined Graham in expressing pessimism in reaching an agreement on legislation.

“I don’t see a means of reaching that,” Durbin, a veteran of past efforts to strike an immigration deal, said Monday of a comprehensive bill in this two-year Congress. “I want it. I think we are much more likely to deal with discrete elements” of such a plan.

Even addressing individual immigration proposals, such as enabling children who were born in other countries but brought to the United States to become citizens, will be difficult with Republicans hammering Biden on the surge, Durbin added. “I wish we could move one piece at a time, but I don’t think that’s in the cards,” he said. “We need Republican votes.”

House Minority Leader Kevin McCarthy (R-Calif.) joined a slew of other Republicans in Texas on Monday, touring a Customs and Border Protection facility and speaking with border agents.

“This crisis is created by the presidential policies of this new administration,” he said. “There’s no other way to claim it than a Biden border crisis.”

Graham and Durbin introduced an updated version of the Dream Act last month. The legislation would let immigrant students who arrived without lawful status to earn legal permanent residence and, eventually, American citizenship.

Versions of the bill have been introduced in the last two sessions of Congress but haven’t been approved. With a 50-50 Senate, it’s unlikely the new version would get the required 60-vote support.

Democrats in the lower chamber have an easier time, enjoying an eight seat majority.

The House is scheduled later this week to vote on two immigration measures. One, the Farm Workforce Modernization Act, would let farmworkers earn legal status and make the H-2A guestworker program more flexible for employers. The other, the American Dream and Promise Act, would give U.S.-raised immigrant youth a pathway to citizenship.

Charlotte Cuthbertson and the Associated Press contributed to this report.