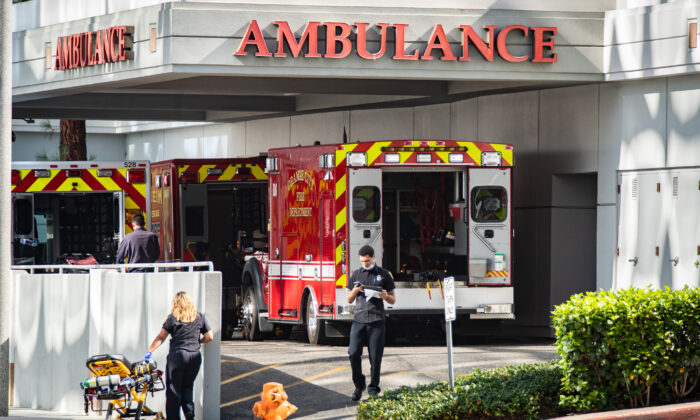 SAN DIEGO—A driver is in custody Dec. 8 after 12 passengers in a pickup truck being pursued by Border Patrol agents were injured in “a mass casualty incident” on Interstate 8 in East County, San Deigo, authorities said.

At 6:12 p.m. Tuesday, Border Patrol agents attempted to pull over a black Chevrolet Silverado on Interstate-8 when the driver sped away toward the Buckman Springs Road exit, then swerved back onto the freeway where the truck overturned in the dirt median, the California Highway Patrol (CHP) reported.

“All occupants, except the driver, were unrestrained and were ejected from the Chevrolet,” CHP Officer Travis Garrow said in a news release.

The truck contained 13 occupants; 12 in the bed and the driver, according to the CHP.

Cal Fire took one victim to a hospital by helicopter, while the other 12 were transported via ambulance. Authorities reported three serious injuries, while 10 were “walking wounded,” according to online logs.

Gerrelaine Alcordo, the Border Patrol spokesperson in San Diego, called it a “failure-to-yield incident,” adding that the agency’s Office of Professional Responsibility responded to the scene as well as the CHP.

The driver of the pickup truck was in Border Patrol custody.