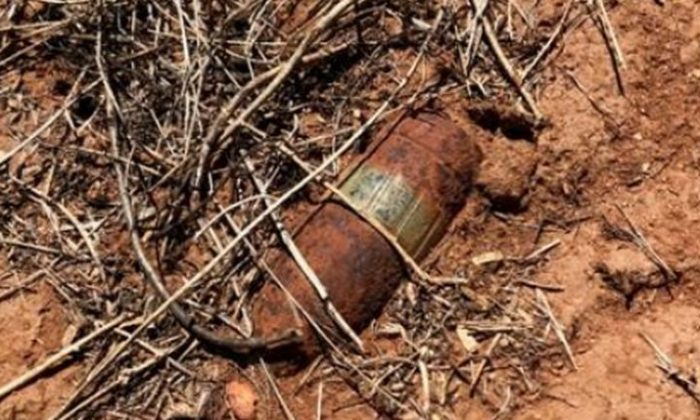 A Border Patrol agent discovered an unexploded MK2 37mm ordnance round from World War II near the Arizona border on Friday. (CBP)
US News

A Border Patrol agent discovered an unexploded MK2 37mm ordnance round from World War II near the U.S.-Mexico border in Arizona last Friday.

The agent found what appeared to be an unexploded round of ammunition. Cochise County Sheriff’s deputies sent agents with assistance in setting up a safety perimeter, the U.S. Customs and Border Protection reported on Tuesday.

An official assigned to the Explosive Ordinance Disposal Unit from Davis Monthan Air Force Base responded to the scene of the unexploded round on Tuesday and confirmed it was live.

The official then detonated the round. It’s not clear how the round got there.

“Anyone finding any type of explosive is advised to not touch it and alert authorities right away,” the Border Patrol said.

The MK2 37mm was an anti-tank weapon that was used by the United States during World War II.