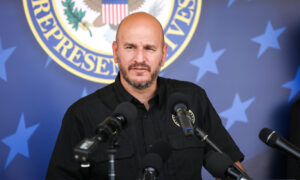 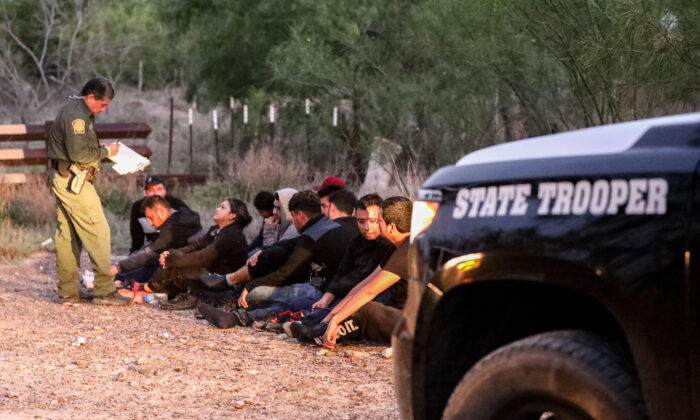 Border Patrol agents in the Laredo sector in Texas arrested more than 160 illegal aliens in two tractor-trailer smuggling attempts, according to Customs and Border Protection (CBP).

A canine alerted agents to the first group inside a tanker trailer after midnight on May 28. The agents scanned the tanker to find more than 50 people inside. All were in the United States illegally and were arrested on the spot.

The agents also arrested the driver, a U.S. citizen.

A canine had also alerted agents to the second trailer the next morning. The driver of the truck ignored an agent’s directions during an immigration check and sped away on I-35. Agents quickly stopped the vehicle to find 100 people inside, all illegal aliens. The aliens were from countries including Mexico, Honduras, Guatemala, El Salvador, Ecuador, and the Dominican Republic. The driver, a U.S. citizen, was also arrested.

“Human smugglers continue to have no regard for the safety and health of the people they exploit for profit. Laredo Sector agents focus on the agency’s enduring mission priorities of countering terrorism, combatting transnational crime, securing the border, facilitating lawful trade, protecting revenue, and facilitating lawful travel,” CBP said in a news release.

An increasing number of illegal aliens are evading Border Patrol. More than 42,000 illegal aliens evaded capture along the whole southern border in April. In addition to those who escape, many more slip through undetected.

After being apprehended at the border, illegal immigrants are processed by CBP to determine who they are and whether they’re subject to being immediately turned back under the current Title 42 public health provision.

Single adults from Spanish-speaking nations are almost all subject to immediate expulsion under Title 42, according to Acting CBP Commissioner Troy Miller. But Border Patrol is also encountering more illegal aliens from non-Spanish speaking nations, in particular Brazil and Haiti.

Of the 178,000 illegal immigrants encountered in April, around 62 percent were expelled quickly under Title 42, according to CBP data.

Of the remaining 68,000 people, the family units were released into the interior, unaccompanied minors were sent into Health and Human Services custody, and single adults from non-Spanish-speaking nations were handed over to Immigration and Customs Enforcement.