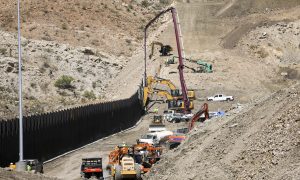 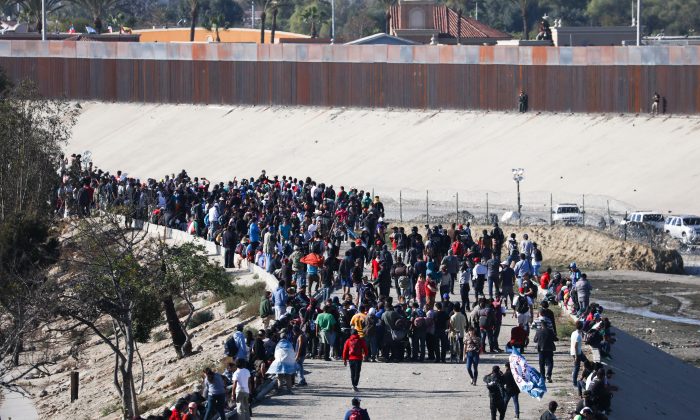 A 32-year-old man from El Salvador has died after border patrol agents failed to revive him after he fell into medical distress while in custody, Customs and Border Protection (CBP) officials said in a statement.

The agency said the man was taken into custody by agents from the El Paso Station at around 9 p.m. on Aug. 1. After being processed at the Lordsburg Border Patrol Station in New Mexico he required medical attention. He was pronounced dead in the early morning on Aug. 2.

“Our condolences are with his family,” CBP said in the statement. The agency did not share any further details surrounding the man’s death.

The CBP’s Office of Professional Responsibility has initiated a review of the situation. Meanwhile, the Department of Homeland Security Office of the Inspector General, the El Salvador government, and members of Congress have been notified.

The man’s death marks the tenth incident where a person died while in border patrol custody for the 2019 fiscal year. The last death was announced in early July where a 52-year-old man from Nicaragua died after falling into medical distress.

Following his death, Rep. Xochitl Torres Small (D-N.M.) released a statement saying that she was saddened by the news.

“Anyone in our government’s care should be treated safely and humanely. Since coming to Congress, I’ve worked tirelessly to ensure that Border Patrol agents have the resources they need to safely perform their jobs and that detention center and migrant care standards are improved,” the congresswoman said while calling for an investigation into the migrant’s death.

This comes at a time when the crisis at the border has garnered significant attention due to the influx of illegal immigrants in recent months, and conflicting reports on the conditions in Border Patrol detention facilities.

The agency has repeatedly warned about the dangers of making the arduous trek through Mexico and crossing the southern border illegally into the United States. Moreover, agents are also warning about the risks of traveling in such harsh conditions in the extreme summer heat, after agents discovered bodies of migrants near the border. They are thought to have died from heat exposure and dehydration.

Moreover, federal immigration officials have reported record highs in the apprehension of illegal aliens at the border to Congress in the past months, saying that the numbers have overwhelmed border patrol facilities and resources. In May, border patrol agents apprehended or deemed inadmissible more than 144,000 people crossing from Mexico, but in June the number fell to around 104,000 people after President Donald Trump took action against Mexico leading to a deal between the two countries.

The president has made immigration one of his top priority issues since taking office and has introduced measures to fund and build a wall at the U.S.-Mexico border. Trump has also repeatedly criticized the open border agenda proposed by Democrats.

“Despite the Democrats wanting very unsafe Open Borders & refusing to change the Loopholes & Asylum, tremendous progress is being made [at] the Southern Border,” Trump wrote on July 30. “We all waited because we assumed the Dems would ultimately be forced to change the horrible Immigration Laws. They didn’t!”

Trevor Loudon, a communism expert and contributor to The Epoch Times, said Democratic lawmakers are pushing an open border agenda because they are losing their traditional support base and bringing migrants over could provide “a new supply of dependent voters.”

“The Democratic Party has lost its traditional union, manufacturing Midwestern base. So how do you keep winning? You have to bring new people over the border,” Loudon told The Epoch Times in a previous interview.

“And we know that there are 22 million illegals in the country now according to M.I.T. (Massachusetts Institute of Technology),” he said. “We know that Hillary Clinton promised to give them more citizenship and voting rights within 100 days of taking office.”

“And considering that Trump won the election nationwide by two hundred thousand votes and Mitt Romney lost by two and a half million votes you can see what an advantage to the Democratic Party that would be,” he said.