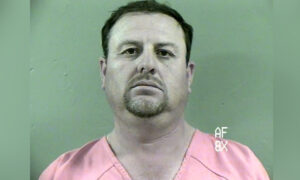 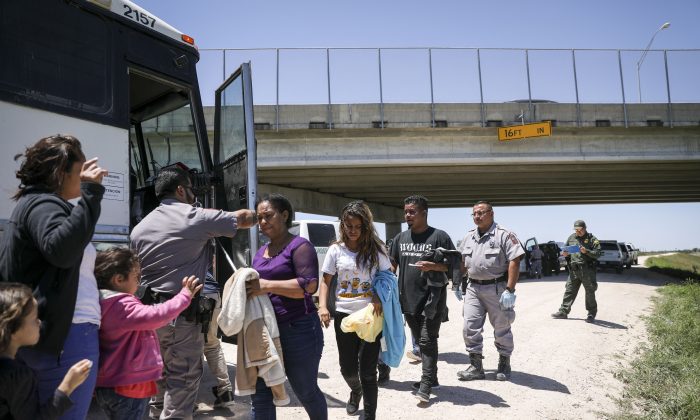 U.S. Customs and Border Patrol (CBP) said they had thwarted multiple human smuggling attempts near the Texas border over the past weekend, resulting in the arrest of 11 smugglers and 27 illegal aliens.

CBP agents who were assigned in the Del Rio sector disrupted seven separate smuggling attempts, arresting illegal aliens from Ecuador, Guatemala, Mexico, and Honduras, according to a statement on Wednesday.

In one of the incidents on Nov. 2, agents from the Carrizo Springs Station conducting a search at an immigration checkpoint on Highway 277 came up a 2010 Chevrolet Impala driven by a 24-year-old man who was a lawfully permanent resident. He and his passenger, a 19-year-old man, are citizens of the Dominican Republican.

During the inspection, agents discovered a Salvadoran mother and her 9-year-old daughter hidden inside a compartment between the rear seat and trunk of the car. The two men were subsequently arrested and charged with making fraudulent statements.

In a similar incident on the next day, agents encountered a 2019 Dodge Caravan driven by two U.S. citizens carrying four illegal aliens—two Guatemalan nationals, one Mexican national, and one Honduran national—near Brackettville, Texas. The two Americans—a 39-year-old woman and a 34-year-old man—were subsequently arrested for attempting to smuggle the aliens. During a search of the car, agents also discovered methamphetamine and a pipe.

The arrested individuals face a maximum of 10 years in prison if convicted for smuggling foreigners into the country.

“Human smugglers demonstrate a complete disregard for the welfare of those they smuggle in their selfish quest for profit,” Del Rio Sector Chief Patrol Agent Raul Ortiz said in the statement.

“Our agents, through superior communication and teamwork, were able to stop these smugglers and illegal aliens from going farther into the United States,” he added.

CBP has repeatedly warned about the orchestrated efforts of human smugglers to bring individuals in the United States. The department saw an unprecedented number of illegal aliens entering the country to seek asylum over the past year prompted the Trump administration to ramp up efforts to address the impending problem.

One of the administration’s top priorities is to end loopholes from the current “catch and release” policy, in which migrants are released into the interior of the country as they await a court hearing, often never to be seen again.

The administration implemented the Migrant Protection Protocols (MPP), more commonly known as the “Remain in Mexico” policy, at the beginning of the year as an attempt to curb the flow of illegal immigration and prevent fraudulent or nonmeritorious cases. The policy sends migrants back to Mexico while they wait for a court to process their claims.

The Department of Homeland Security (DHS) released a report assessing the effectiveness of the MPP (pdf) late last month, which found the policy had demonstrated operational effectiveness by reducing the number of illegal immigrant apprehensions and restoring integrity to the immigration system.

This was also around the time when the United States and Mexico reached a deal that saw an expanded implementation of the MPP.

“Although MPP is one among many tools that DHS has employed in response to the border crisis, DHS has observed a connection between MPP implementation and decreasing enforcement actions at the border—including a rapid and substantial decline in apprehensions in those areas where the most amenable aliens have been processed and returned to Mexico pursuant to MPP,” the department stated.

The department also found a “significant proportion” of migrants without meritorious claims that were sent back to Mexico had chosen to abandon their asylum claim, according to the report.

More than 55,000 immigrants had been sent to Mexico under the MPP, but there are currently only about 20,000 people sheltered in northern Mexico near the U.S. border, waiting to enter the United States, DHS said, citing CBP numbers.

This has led the department to conclude that “aliens without meritorious claims—which no longer constitute a free ticket into the United States—are beginning to voluntarily return home.”