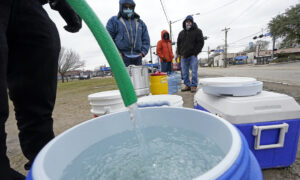 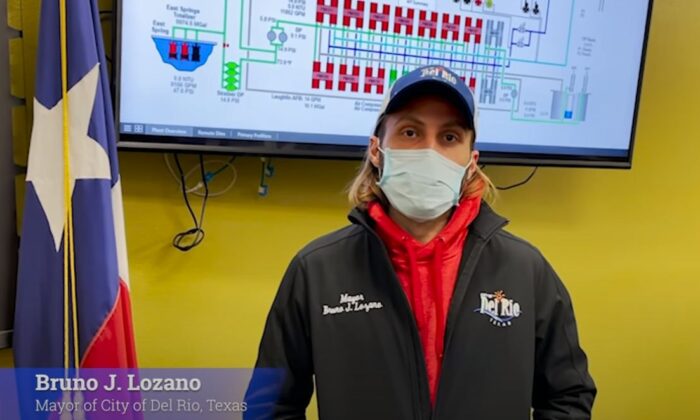 The mayor of Del Rio, Texas, Bruno Lozano, speaks in a video to the Biden administration. (YouTube/City of Del Rio)
Texas

The mayor of the Texas border city of Del Rio called on the White House to halt the release of undocumented immigrants into his city amid the pandemic and poor weather conditions.

“I am pleading and requesting with you to please put a halt to any measures regarding the release of immigrants awaiting court dates, into the city of Del Rio and surrounding areas,” Bruno Lozano, a Democrat, said in a message to President Joe Biden Wednesday.

It came as rolling power outages racked much of the state due to cold weather and snow. As of Friday, power was mostly restored to millions of customers, but about 7 million people were told to boil their water prior to consumption, including Del Riot.

“If you do send these individuals into our community, we will be forced to make a decision to leave them without resources under these dire circumstances,” Lozano said.

“I am asking to please stop, he said, adding: “Please make another plan for this federal issue.”

Lozano said “releasing the migrant population without any COVID-19 protocols is undermining” the White House’s commitment to tackling the CCP virus pandemic. “We have been outsourcing dialysis treatments for at-need persons within our community,” he continued to say.

“I cannot mix the migrant population with Del Rio residents that are extremely vulnerable and have been displaced due to the extreme weather,” he remarked. “We may be a small town that is off of your radar, but we are a community of 50,000 people who need your attention.”

He also asked for supplies and water to be distributed to the community in the midst of the power crisis.

Texas’ grid operators said Friday that the state’s electrical system returned to normal for the first time since a storm knocked out power to more than 4 million customers. Smaller outages remained, but Bill Magness, president of the Electric Reliability Council of Texas, said the grid now has enough capacity to provide power throughout the entire system.

Gov. Greg Abbott ordered an investigation into the failure in the energy capital of the United States, while ERCOT officials have defended their preparations and the decision to begin forced outages early Monday as the grid reached a breaking point.

Federal Emergency Management Agency acting administrator Bob Fenton said teams in Texas were distributing fuel, water, blankets, and other supplies. “What has me most worried is making sure that people stay warm,” Fenton said on “CBS This Morning,” urging people without heat to go to a shelter or warming center.