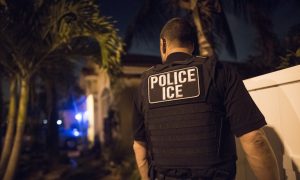 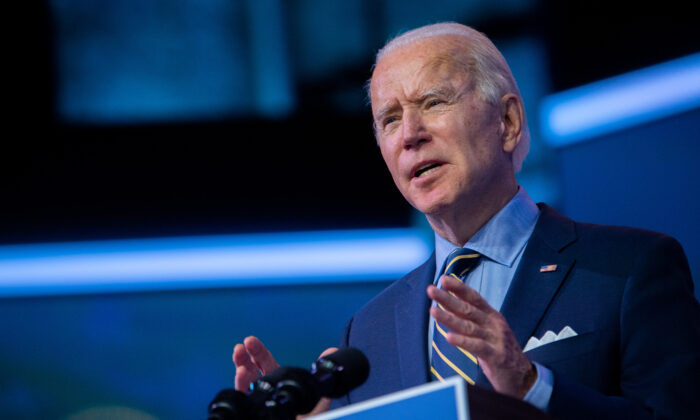 Rescinding humanitarian agreements that help protect America’s southern border, which Democratic presidential candidate Joe Biden plans to do if he wins the White House, would likely lead to “waves” of illegal immigrants attempting to cross the border, a top immigration official said on Dec. 29.

President Donald Trump’s administration just finalized agreements with Guatemala, El Salvador, and Honduras that enabled American officials to take immigrants seeking asylum to one of the three countries, in some cases.

“These humanitarian agreements demonstrate the Trump administration’s unwavering efforts to secure America’s borders from illegal entry by working closely with our regional partners. Without these agreements, we will likely see waves of attempted illegal entries similar to 2019,” Mark Morgan, acting chief of Customs and Border Protection, said in a statement.

Biden and his advisers, who didn’t immediately respond to a request for comment, have said they plan to rescind the agreements if the Democrat enters office next month.

“I already started discussing these issues with the president of Mexico and our friends in Latin America. And the timeline is to do it so that we, in fact, make it better, not worse. The last thing we need is to say we’re going to stop immediately the access to asylum the way it’s being run and end up with 2 million people on our border,” Biden told reporters last week when asked why he wouldn’t roll back the restrictions immediately.

“It’s a matter of setting up the guardrails so we can move the direction. I will accomplish what I said I would do, a much more humane policy based on family unification,” he said, adding it would take about six months to prepare to roll back the agreements.

“As currently written, the outgoing administration’s so-called asylum cooperative agreements deny the right to apply for asylum in the United States to desperate asylum seekers rather than helping create alternative pathways to protection,” Sullivan said.

“That is just not who we are as a country. That is why [Biden] will work to promptly undo these agreements as part of our bilateral engagement with each of these governments.”

Biden in January had promised to, on day one of a prospective Biden presidency, “eliminate President Trump’s decision to limit asylum and end the” program that sees asylum seekers remain in Mexico while waiting for the claims to be adjudicated.

That program, one of the Migration Protection Protocols, will eventually be ended, but it will take time to prepare for that day, Sullivan told EFE. Biden’s campaign website says he will “take urgent action to undo Trump’s damage and reclaim America’s values,” including reasserting “America’s commitment to asylum-seekers and refugees.” It says he would end Trump’s asylum policies, including the protocols.

Morgan told reporters earlier this month that the message Biden and his team is sending is an invitation to illegal immigrants.

“The message you’re sending is clear and simple—we have open borders,” Morgan said.