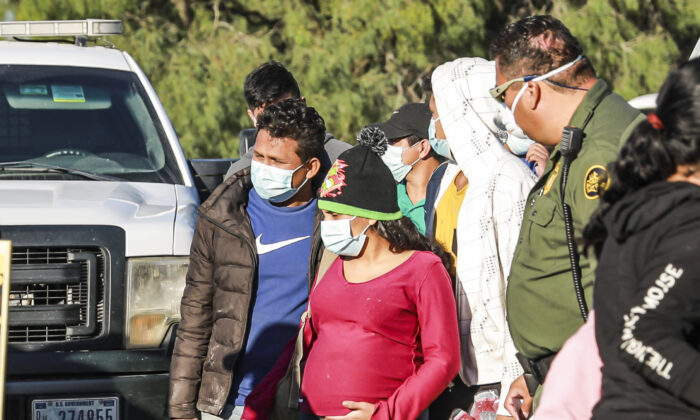 More than 170,000 illegal border crossers were apprehended along the U.S.–Mexico border in December 2021, bringing the total for the calendar year close to 1.9 million, according to data from Customs and Border Protection (CBP). It doesn’t include the number of aliens who were determined to be inadmissable at a port of entry, which pushes the total beyond 2 million.

It’s three times the number of Border Patrol apprehensions in 2020.

CBP doesn’t publicly provide the data for the number of “gotaways”—those who Border Patrol detects but doesn’t capture—but The Epoch Times has been told it was about 600,000 for 2021. It’s impossible to estimate how many illegal aliens weren’t detected and are in the country.

“The dedicated men and women at CBP are committed to ensuring dangerous drugs and counterfeit products are off the streets, our communities are kept safe, and our borders are secured,” said CBP Commissioner Chris Magnus in a statement on Jan. 24.

All metrics increased in 2021—the number of unaccompanied children, the number of family units, and the number of illegal aliens from countries other than Mexico or the Central American nations.

Border Patrol agents have already arrested well over half a million illegal aliens in the first three months of fiscal year 2022.

Rio Grande Valley in Texas has been the busiest sector for apprehensions for the past 8 years, often making up more than half of the total encounters along the whole southwest border.

Department of Homeland Security Secretary Alejandro Mayorkas told members of Congress during a Nov. 16 hearing that the U.S. government has more control of its borders than it did during the previous administration and that the Biden immigration agenda is starting to work.

“I think rebuilding a broken immigration system and rebuilding a dismantled one takes time, and we’re on the road to success,” Mayorkas said.

Critics of the Biden administration have railed against the president’s “open border” policies, which included the quick dismantling of much of President Donald Trump’s key border security policies.

Rep. Chip Roy (R-Texas) said the border crisis has resulted in the American people being “much less safe than they were a year ago.”

“In Texas we’ve had a significant number of assaults on Texans. We’ve had ranchers getting overrun, fences getting cut, livestock getting out,” Roy said at a Republican roundtable on law and order on Jan. 19.