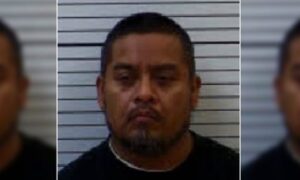 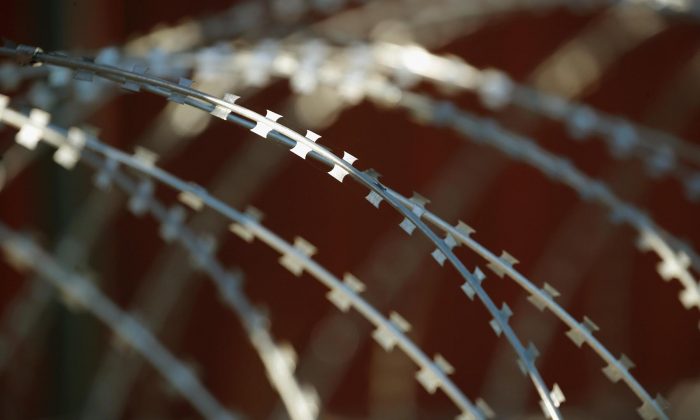 Concertina wire sits at the base of a steel barrier wall separates the United States from Mexico in Calexico, Calif., on Jan. 26, 2019. (Scott Olson/Getty Images)
Immigration & Border Security

Border agents recently arrested several illegal immigrants in California and Texas who were previously convicted of rape or sexual assault, one of whom was previously deported from the United States.

In California, the U.S. Border Patrol of the Yuma Sector on March 15 around 11:30 p.m. arrested a Mexican illegal alien who is a convicted rapist.

Aurelio Sandoval-Valdivia, 54, was part of a group of 18 who illegally crossed the southern border into the United States and was arrested near Andrade, California, the U.S. Customs and Border Protection (CBP) announced on its website.

“After conducting record checks, agents discovered that one of the individuals, Aurelio Sandoval-Valdivia, had a felony conviction for rape,” according to the CBP. “Sandoval-Valdivia also had misdemeanor convictions for willful cruelty to a child and driving while intoxicated, and was previously deported from U.S.”

Separately, border patrol agents of the Rio Grande Valley Sector in Texas arrested three illegal aliens with prior convictions of rape or other sexual offenses, according to a Wednesday CBP release.

Two of the arrests took place on March 15. One of the illegal aliens, Jose Estuardo Martinez, a Guatemalan national, was arrested by Brownsville Border Patrol Station agents in Texas on the afternoon of March 15. Record checks during processing showed that Martinez was arrested in 2013 for indecency with a child (sexual contact) by the Hopkins County Sheriff’s Office in Sulphur Springs, Texas. He was later found guilty and sentenced to 8 years probation.

That same day, a Mexican illegal alien was arrested by border agents working near Falfurrias, Texas. Record checks showed that the unnamed man had been arrest in 2015 for rape by the Sandy Springs Police Department in Sandy Springs, Georgia. He was later found guilty and sentenced to 20 years confinement, of which he served just 5 years.

The third illegal alien, Tony Canales-Velasquez, a Honduran national, was part of a group of nine illegal aliens arrested Wednesday by Rio Grande City Border Patrol agents near Fronton, Texas. Agents found during processing that Canales-Velasquez had a prior arrest by the Potter County Sheriff’s Office in Amarillo, Texas, for indecency with a child. He was convicted in 2013 and sentenced to five years probation.

“Even with the spread of the COVID-19 virus, human smugglers continue to try these brazen attempts with zero regard for the lives they endanger nor to the health of the citizens of our great nation,” the CBP said in its release. “The U.S. Border Patrol agents of the Rio Grande Valley Sector will continue to safeguard the nation and community against these criminal elements.”