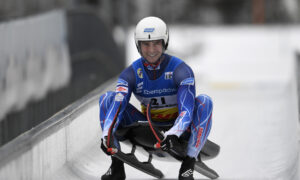 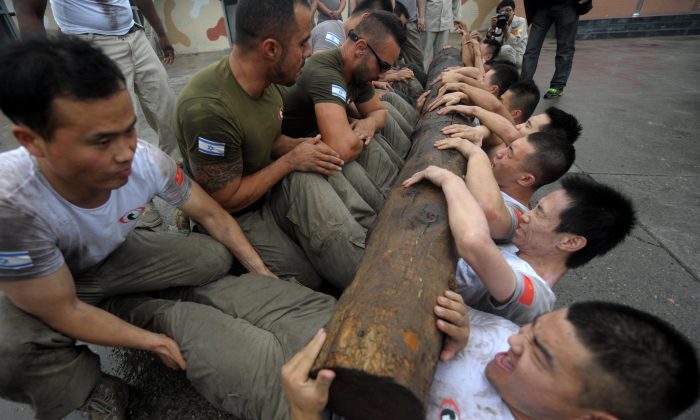 Trainees take part in a VIP Protection Training Camp at Genghis Security Academy in Beijing on June 6, 2013. Due to an increase in social conflicts in China, providing bodyguards has become a boom industry. (AFP/Getty Images)
China

While China’s economy has been slowing down, the security industry has been growing fast due to a boom in the demand for bodyguards. With social conflicts increasing in China, bodyguards, once exclusively employed by celebrities and politicians, have become common among wealthy Chinese.

The way was paved for the security industry to take off in 2010, when the first administrative regulation of security services was published. The new regulations allowed security service companies to provide bodyguard service, which marked the legalization of private bodyguards in China.

The security industry grosses around US$6.6 billion, more than 5 times the $1.2 billion it realized in 2009, according to the Beijing-based Economic Observer.

The attack in September on Zong Qinghou, the chairman and CEO of the Hangzhou Wahaha Group and ranked by Forbes as China’s richest man, has focused attention on the conflicts between the rich and poor in society. After Zong refused an impoverished man’s request for a job, the man attacked Zong with a knife, slicing the tendons in four fingers.

“The rich people are very wealthy, and the poor people are very poor in China,” said Chen Yongqing, chairman of Genghis Security Academy based in Beijing, according to China Press, a Chinese-language newspaper in Malaysia. “There’s a big gap between the rich and poor, and the resentment is accumulating. Thus, the rich people need protection.”

According to Beijing News, a Chinese millionaire who gives his name as Mr. Dong said a friend of his, also a rich businessman, was recently kidnapped and killed. Mr. Dong himself has received several anonymous calls seeking to extort money from him.

His friend’s murder caused Mr. Dong to decide to hire 20 bodyguards to take care of him and his family. Besides offering security, the bodyguards are also responsible for taking care of his children, the report says.

Preventing kidnapping and murder and taking care of the kids are not the only reasons for hiring a bodyguard. Chen of Genghis Security Academy said some of his wealthy businessman clients hire bodyguards as a symbol of success.

Bodyguards are well paid in China, and the industry is growing fast, according to the Beijing News. Every bodyguard at the Genghis Security Academy has income of more than US$82,000 a year (according to China Daily, the average urban income in China in 2012 was US$3,912).

The company expects to gross 100 million yuan (US$16.5 million) a year within the next five years and is seeking to have its stock listed on an exchange.

“We provide a great platform for thousands of retired soldiers every year,” Chen said, “It is a big waste of talent if we let those people work as security guards for 2000 yuan (US$329) a month.”

In a recent essay, Chinese human rights activist Wei Jingsheng wrote that there are several reasons causing the boom in the bodyguard industry in China—including social inequities, a large wealth gap, the Communist Party and political power being above the law, a lack of fairness and justice, and the loss of legal authority.

Wei wrote that without fairness and justice, more and more people will seek illegal methods to solve problems in business and resort to taking revenge.

“The government needs to hire millions of soldiers and police for protection, and the bureaucrats and wealthy also need to hire bodyguards for protection,” Wei wrote, “Such a society is on the edge of collapse. It shows the beginning of social turmoil.”