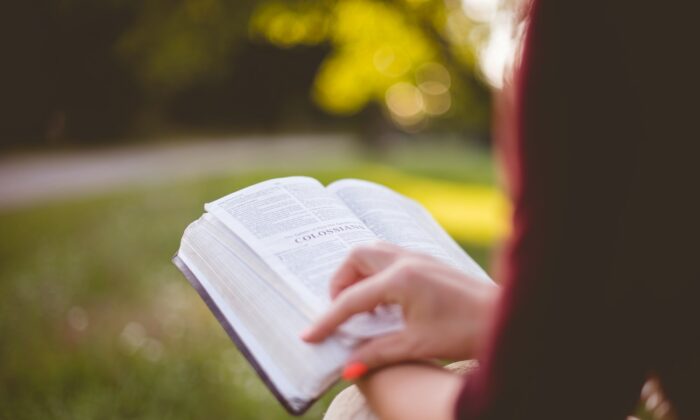 Books May Be the Answer to Fighting Cancer Brain Fog

Researchers from the University of South Australia are studying the potential effect of bibliotherapy, or being read to, by investigating the possibility of fictional reading as a form of “escape” for cancer patients.

“There is something to be said for losing yourself in a book and escaping reality for a while, particularly for people who are facing some very tough battles, including painful health conditions,” said PhD candidate Elizabeth Wells.

The idea behind her research came from studies in the United Kingdom (pdf), where bibliotherapy—reading as a form of therapy—was found to improve “mental health, grief, and even chronic pain.”

However, rather than having patients read fiction to themselves, Wells intends for patients to listen to fiction being read out aloud to them instead.

“They [cancer patients] found it increasingly hard to read because chemotherapy mostly affects the frontal lobe of the brain, involved in attention and memory,” said Wells.

“Cancer fog”, a phenomenon reported in many cancer survivors refers to a catalogue of memory and thinking problems, and can often impact patients’ ability to focus and read, with the problem capable of persisting for years after remission.

Currently, it is thought that chemotherapy may be the main culprit for cancer fog—particularly for those suffering from breast cancer. However, there are existing studies showing that the cognitive impairment can also occur when a tumour first appears.

Wells said she has witnessed first-hand this phenomenon both in her mother who had an aggressive form of cancer as well as library patrons diagnosed with cancer.

However, as the areas of the brain responsible for understanding spoken language is not in the frontal lobe and therefore generally not impacted by chemotherapy, she believes by reading fiction out aloud to patients will be able to resolve this issue.

Nonetheless, evidence-based research on the potential benefits of bibliotherapy as a form of emotional or mental treatment are still scarce.

While UK and European studies have shown that reading improved mental health for self-help books and also alleviated pain in chronic pain patients with further studies in the U.S. also observed improvements in stress through reading the bible to cancer patients, more studies are still needed to validate the impact of bibliotherapy for patients.

The study is currently seeking cancer patients at different stages of cancer treatments to participate in the study, including patients that have not received treatment, in the midst of treatment as well as those who have completed their treatment in the past 12 months.

As part of the study, participants will be exposed to works of fiction read aloud to them at 30-to-40-minute intervals each week for six weeks, on a subject or author of their choice.

The university stated that participants will have their stress and anxiety levels monitored at the beginning of the six-week program and measured again at the end. Family members will also be interviewed if they are available.

“My personal goal is to establish reading programs in cancer centres. I would love to see that,” Wells said.