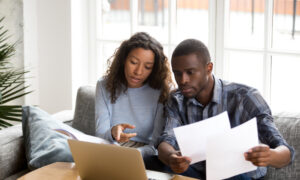 It’s Open Enrollment: Are You Making the Most of Your Employee Benefits?
0

Less for Others and More for Me
0 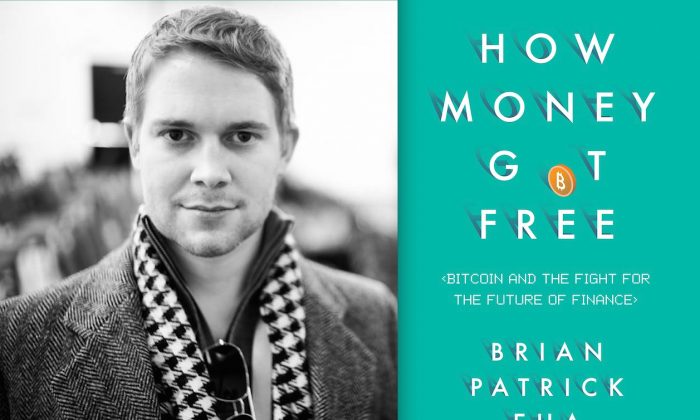 Brian Patrick Eha's "How Money Got Free" tells the story of bitcoin from the very beginning in 2008 through the end of 2016. (Oneworld Publications)
Advice

Book Review: ‘How Money Got Free’

Want to learn everything you need to know about bitcoin, and have fun doing it? Then read Brian Patrick Eha’s definitive history of the cryptocurrency, told through the stories of the individuals and companies who helped to build it, thereby fusing philosophy with technology and individual destinies with the financial revolution of our time.

For most people, the subject of bitcoin seems rather dry—an obscure new technology that pretends to be money and is horribly hard to understand for someone who isn’t a financial expert or a software developer. And yet, with bitcoin now worth almost $70 billion and up 300 percent in 2017, it’s also incredibly interesting and exciting, and something worth knowing and learning about.

Eha solved this apparent dichotomy in his 496-page bitcoin epic “How Money Got Free.” Not only does he manage to explain all of the technological nuts and bolts of how bitcoin works, he also explains the philosophy behind it and its disruption of finance as we know it.

However, he tells these complicated issues through the histories of individual people and companies—all in great detail—making the book read more like a financial thriller than a nonfiction explainer.

Take, for example, the story of former hacker Charlie Shrem, a 20-something, middle-class kid from Brooklyn who co-founded the early bitcoin startup BitInstant. The startup was the first ever to receive more than $1 million in venture funding, and Shrem made good money as its CEO, before he had to serve 13 months in prison for aiding and abetting an unlicensed money transmitter.

Eha describes the constant battle of the ideals of providing people with a new type of global money, free from the shackles of the banking system and government control, versus building a company that complies with regulations designed for fiat money, and the difficulties of promoting and explaining the benefits of the currency of freedom to global consumers and regulators alike.

“I came to realize that the story of bitcoin opened a window onto some of the most important issues of our time, from the financial crisis and Great Recession to the debate now raging between globalism and its discontents,” Eha wrote in an email.

Did Shrem’s company just grow too fast, and was its CEO too naïve and greedy, causing him to pay the price?

“He was perhaps the one most gratified by the attention and most eager for the publicity, fame, and respect that came from his leadership role in the community. He also ended up suffering more than most. … So there’s a pathos there: the story of a middle-class kid made good and his fall from grace—and now, his attempt at a comeback,” Eha said.

Then there are stories like those of Ben Reeves and Nic Cary, the people behind Blockchain, which today is the most popular wallet provider for bitcoin, with millions of users.

They designed Blockchain as a software company and not a financial services firm so that the company could provide individuals with the freedom to administer their bitcoins without ever taking custody of the funds.

This approach avoids much of the onerous regulation that led to BitInstant’s downfall, or the orchestrated hacking that brought down the then-biggest bitcoin exchange, Mt. Gox, another episode Eha tells in great detail.

“[Bitcoin inventor] Satoshi Nakamoto’s revolutionary idea had been to take trust out of commerce: no more banks, no more reliance on third parties to store and safeguard your money,” wrote Eha. Blockchain gives control of the funds to the user, setting it apart from other service providers like Coinbase, which has custody of the funds and therefore operates more like a bank.

Eha describes Blockchain as a company keeping the free spirit of bitcoin, and Coinbase as emulating the old banking system. But Coinbase did take the route of complying with all existing regulations and is a fully legitimate and licensed business with several big investors, like the New York Stock Exchange.

Barry Silbert’s Bitcoin Investment Trust is a similar firm. It buys bitcoin on behalf of investors and is the first publicly traded investment vehicle for bitcoin, with a net asset value of nearly $730 million.

Silbert was another trailblazer for bitcoin who did everything above board, fully complying with regulations. By definition, he had to sacrifice some of the freedom inherent in bitcoin, but he is the best example of combining the new technology with the old world of regulation. It was Silbert’s efforts that almost singlehandedly made bitcoin fashionable on Wall Street; he went all-in on the process and won big.

“If I’m going to make an investment in a high-risk opportunity like bitcoin, I’m only going to do it if it’s going to move the needle for me,” he says in the book.

Of course, this is but a small sample of the impressive list of companies and individuals Eha features, but everything is there.

From Satoshi’s announcement of digital cash on an obscure cryptographic mailing list in 2008, to the famous bitcoin pizza, to the wide adoption of bitcoin on the black market site Silk Road and the later jailing of site founder Ross Ulbricht, to early angel investors like the Winklevoss twins and Roger Ver, to the billions of dollars of venture capital funding for bitcoin companies—”How Money Got Free” is a complete guide to the history and philosophy of bitcoin, all packed into one fascinating read.

“How Money Got Free, Bitcoin and the fight for the future of finance,” 496 pages, 2017, OneWorld Publications.