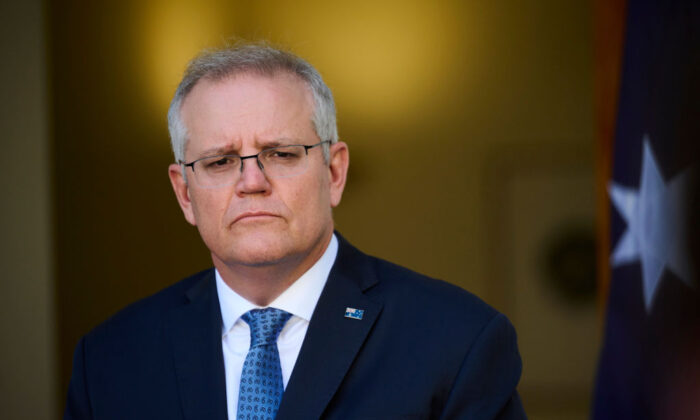 Book Review: An Assessment of the Australian Coalition Government

In a resort on the Sunshine Coast, I recently saw a poster with the caption, “How beautiful it is to do nothing … and then rest afterwards.” The poster obviously served as an encouragement for people to visit the Coast, enjoy themselves and do nothing, and then rest afterwards. However, the caption could appropriately be used to describe the performance of the Australian federal government, at least in the domestic arena.

This theme permeates a topical book about the Prime Minister of Australia Scott Morrison. The book “Deconstructing ScoMo: Critical Reflections on Australia’s 30th Prime Minister” is a scathing review of the performance of the prime minister and his Liberal government.

As the federal election, likely to be held in May 2022, is looming, the book, co-authored by Rocco Loiacono and Augusto Zimmermann, facilitates an assessment of the achievements (or lack of them) of the Coalition government.

The book focuses on the policy decisions and actions of the Prime Minister and his government, which have contributed to Australia becoming an illiberal country. Specifically, the prime minister’s performance in several key areas, including freedom of speech and the rule of law, religious freedom, discrimination and affirmative action issues, and management of the COVID-19 pandemic.

The authors painstakingly detail the disparagement of freedom of speech by the Morrison government and its careless trashing of other basic rights. Specifically, they argue that “The Morrison government has been responsible for a substantial increase in the violation of fundamental legal rights.”

In this context, they refer to Morrison’s now-famous gaffe that free speech “doesn’t create one job, doesn’t open one business, doesn’t give anyone one extra hour.” This statement misunderstands the symbiotic relationship between economic prosperity and freedom of speech.

Freedom of speech is an incentive to people to set up businesses without hindrance and interference from the government and promotes the aims of a free society.

Although sympathizers of the government may argue that the prime minister has good intentions, his impetuous comments, which jeopardize the “rule of law,” are baffling—his pre-judging of Cardinal George Pell, which the authors recount, is one example of this failure.

As the authors cogently argue, the Bill’s failure is attributable, among other things, to the government’s misguided idea of approaching the protection of religious freedom from the perspective of discrimination rather than that of a broader and less divisive discussion about the restoration of fundamental freedoms.

The Australian government should protect not only religious freedom but also freedom of speech, freedom of conscience, freedom of association, and the right to peaceful assembly.

The book also deals extensively with the management of the toxic world of COVID-19. These chapters reveal that, at the very start of the pandemic, the government, to the surprise of those who are fiscal conservatives, started to spend money that the country could not afford and does not have. Despite generous handouts, the government’s approach decimated the business sector and destroyed jobs.

Moreover, as the authors argue, the reality is that the Commonwealth has the constitutional power to impose a unified, national approach on all Australian states and territories to avoid the balkanizing effect of inconsistent and draconian state emergency measures.

However, not only did the federal government fail to adopt a national response to the pandemic, but the prime minister also went out of his way to unreservedly support the violations of human rights by the jurisdictions.

The health directions have facilitated the development of a growing two-tier society where some people are more privileged than others, involving the distribution of burdens and benefits simply on the ground of people’s vaccine status.

The daunting prospect of a two-tier Australian society is that, even when the pandemic has receded, Australia will have irretrievably changed for the worse. This is because fundamental rights will become even more dependent on the government’s generosity and could quickly be taken away at the slightest provocation, especially in the field of health.

The authors’ message is that the legacy of COVID-19 is defacing Australia while potentially, if not actually, transforming it into an illiberal state.

Loiacono and Zimmermann cogently argue that Australia has become a nation of slave-like people with elected politicians acting more as masters without providing the servant leadership that free people expect of their leaders.

A reading of the book reveals that the great Australian challenge is to restore people’s trust in government. This is illustrated by the fact that, until a few years ago, people could confidently leave Australia and expect to return to their country at any time.

Now, even though the international border re-opened on Feb. 21, people will no longer be certain that what happened during the worst days of COVID-19 cannot happen again in the future.

Hence, commentators may well agree with James Allan, who, writing about the COVID-19 debacle, said in his foreword, “that in a decade or less we will look back on this as the worst public policy failure in this country’s history … it will take a few years for the ruinous outcomes … to become clear.”

Allan correctly states that the destruction of our economy was not caused by the COVID-19 virus itself “but by the political response to it in this country” that “shows the economic effect of ignoring freedom-concerns.”

“Deconstructing ScoMo” is not intended to evaluate all the domestic policy failures of the Morrison government. For example, it does not deal with the government’s confusing climate change policy.

The book also does not deal with the foreign policy achievements of the prime minister. However, his often-strident criticism of the People’s Republic of China is commendable, and his condemnation of Putin’s invasion of Ukraine is a welcome contribution to the management of international affairs.

His involvement in the establishment of the AUKUS Treaty and Quad Alliance as “defensive barriers against Xi’s expansionist plans in the Indo-Pacific and against Taiwan” should be acknowledged.

After reading the book, one may well ask the question, “what is the alternative to the Coalition?”

As the great challenge is to restore the trust that people place in government, Australians should carefully consider where they place their preferences at the upcoming federal election to avoid an Albanese-led Labor government but also draw the Coalition back to its conservative base.

There are now serious alternative parties on the right which, according to a recent Newspoll, attracted 14 percent of primary voting intentions.

Unlike the exhortation on the Sunshine Coast poster, Australians cannot now afford to “to do nothing … and then rest afterwards.” As the co-authors state: “Worse than doing nothing is to actually end up doing the wrong thing.” Thus, the book is a treasure trove of ideas and information which people might want to consider when voting in the upcoming federal election.