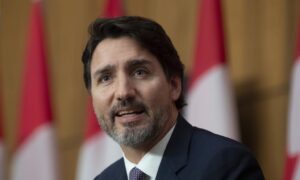 Trudeau Suggests No Fiscal Anchor in Budget Until Crisis Over
0 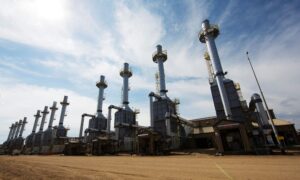 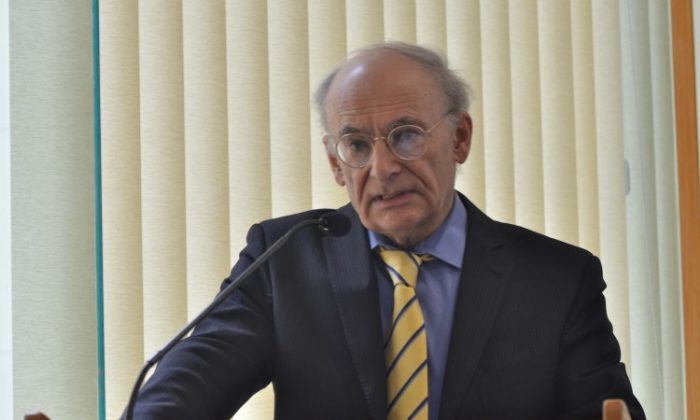 Where exactly the organs used to supply China’s lucrative transplant industry are coming from is the thorny question tackled in “State Organs: Transplant Abuse in China.”

Edited by Winnipeg human rights lawyer David Matas and Dr. Torsten Trey, executive director of Doctors Against Forced Organ Harvesting, “State Organs” is a collection of essays about the practice of illegal, forced harvesting of organs from prisoners in China, including Falun Gong prisoners of conscience.

Since it was initially published last July, the book has had several launches to raise awareness about the issue. The Victoria launch will be held June 4 at the downtown branch of the Greater Victoria Public Library.

The official explanation for the source of organs for transplantation in China—which doesn’t have a national organ donation program—is that the organs come from prisoners sentenced to death.

However, Trey pokes holes in this story, pointing out that not long after Falun Gong (also called Falun Dafa) was outlawed by the Chinese regime in July 1999 and tens of thousands of its practitioners where imprisoned, those practitioners “were turned into a pool of living, though not consenting, organ donors.”

“Once the blood and tissue factors match with the transplant seeker, the matching Falun Dafa practitioner is killed and his organs harvested,” Trey writes in his essay.

Although no official numbers are available, Matas estimates that to supply 10,000 transplants, each year 1,000 death row prisoners are killed for their organs; 500 transplants come from living donor relatives; 500 are from Uyghurs, Tibetans, and Eastern Lightning House Christians; and 8,000 come from Falun Gong practitioners.

The story of forced organ harvesting from Falun Gong practitioners in China first surfaced in March 2006 when a Chinese military doctor, hospital worker, and journalist revealed that practitioners were being killed by the thousands for their organs in labour camps and hospitals across the country.

Later that year, Matas co-authored an investigative report showing widespread harvesting of organs from imprisoned Falun Gong practitioners. The report concluded that between 2000 and 2005, there were 41,500 transplants where the only explanation for the sourcing was Falun Gong adherents.

The essays in “State Organs” provide facts, statistics, and witness accounts, and posit that the killing of prisoners for their organs is a breach of the most basic medical ethics.

The authors also share their insight on ways to combat the practice and influence change in order to hopefully bring an end to forced organ harvesting in China.

“Anyone concerned about the ethical practice of medicine will be both chilled and heartened by this book—chilled that prisoners, including prisoners of conscience, in China continue to be killed in large numbers for their organs, and heartened that leading members of the medical profession are standing up to combat this abuse,” Matas said in a press release.

The Victoria launch of “State Organs: Transplant Abuse in China” will take place at the Greater Victoria Public Library Central Branch, 735 Broughton St., on Tuesday, June 4, from 5-7 p.m.in the Central Meeting Room. The event will include a screening of “Free China: The Courage to Believe.” Admission is free.